The 66 Men of Grandpont - documentary film 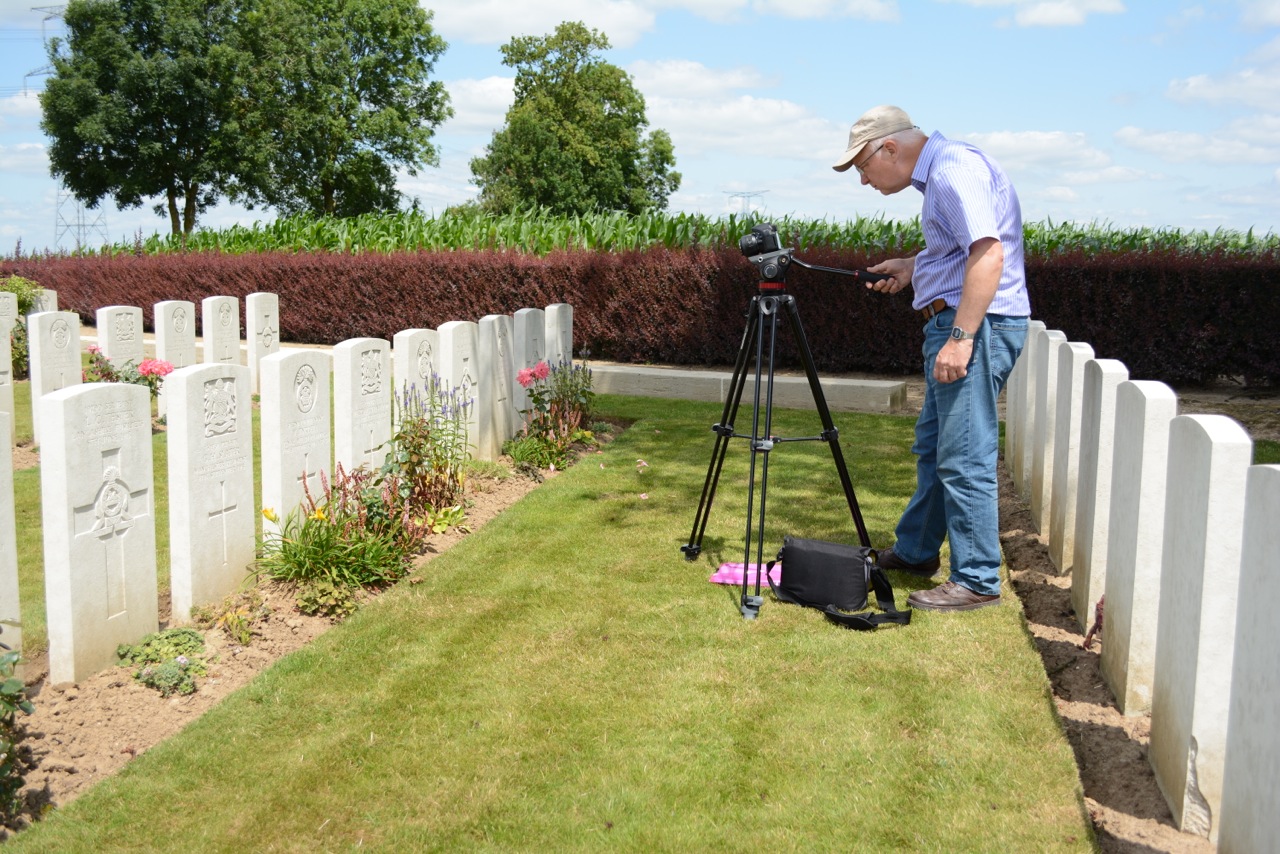 Film maker Simon Haynes filming the gravestone of Walter Tyrrell at the Varennes Military Cemetery, the Somme, summer 2015. Simon made two trips to the battlefields of northern France to take footage for the film. 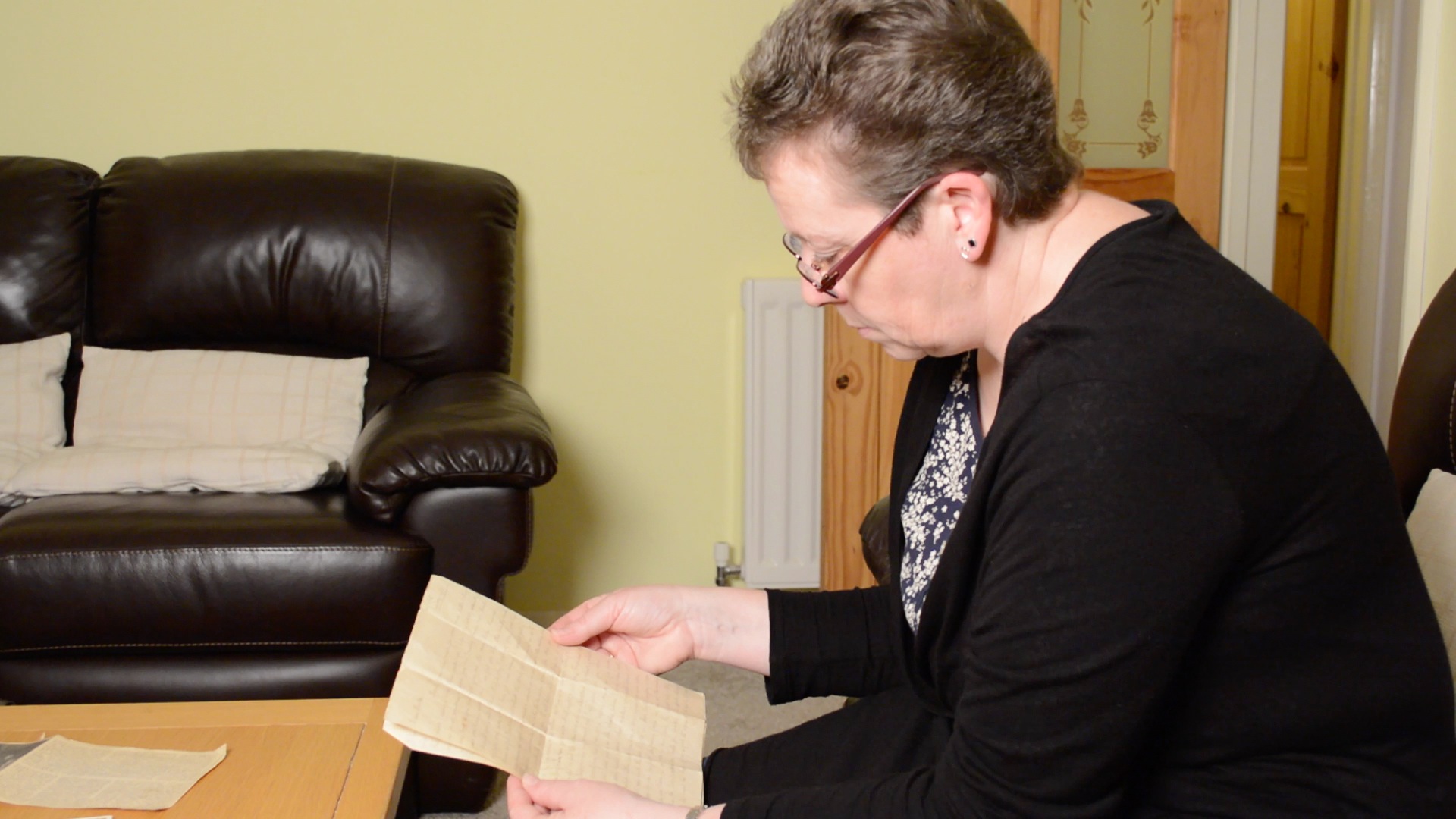 A shot from the film: Annabel Panting, great niece of Arthur Dolley and great granddaughter of Thomas Townsend, reading a letter written by Arthur Dolley in the trenches, November 1915. 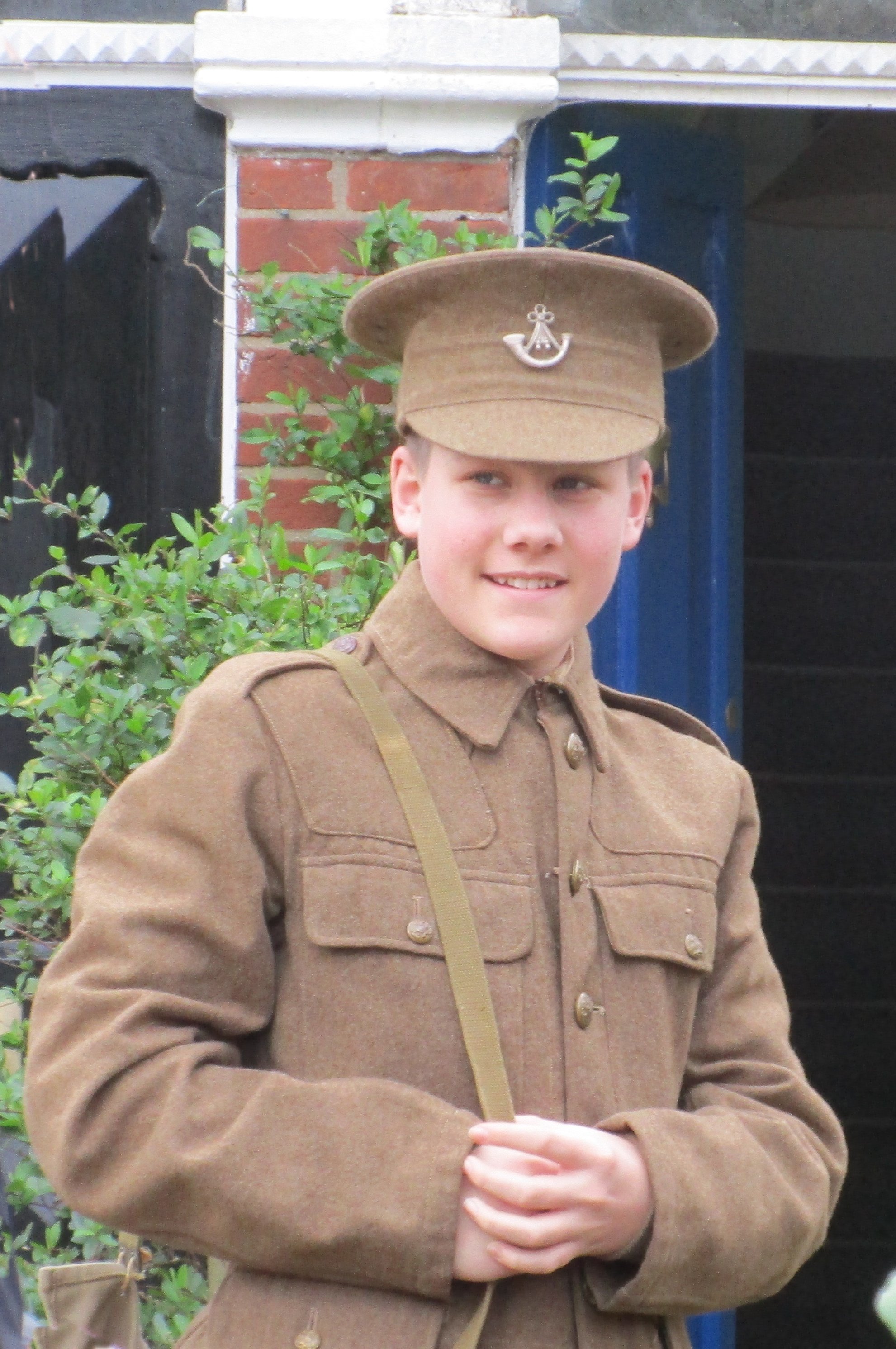 Cadet Ewan Baggett in original WWI uniform during filming in February 2016. The badge on his cap is Arthur Dolley's. 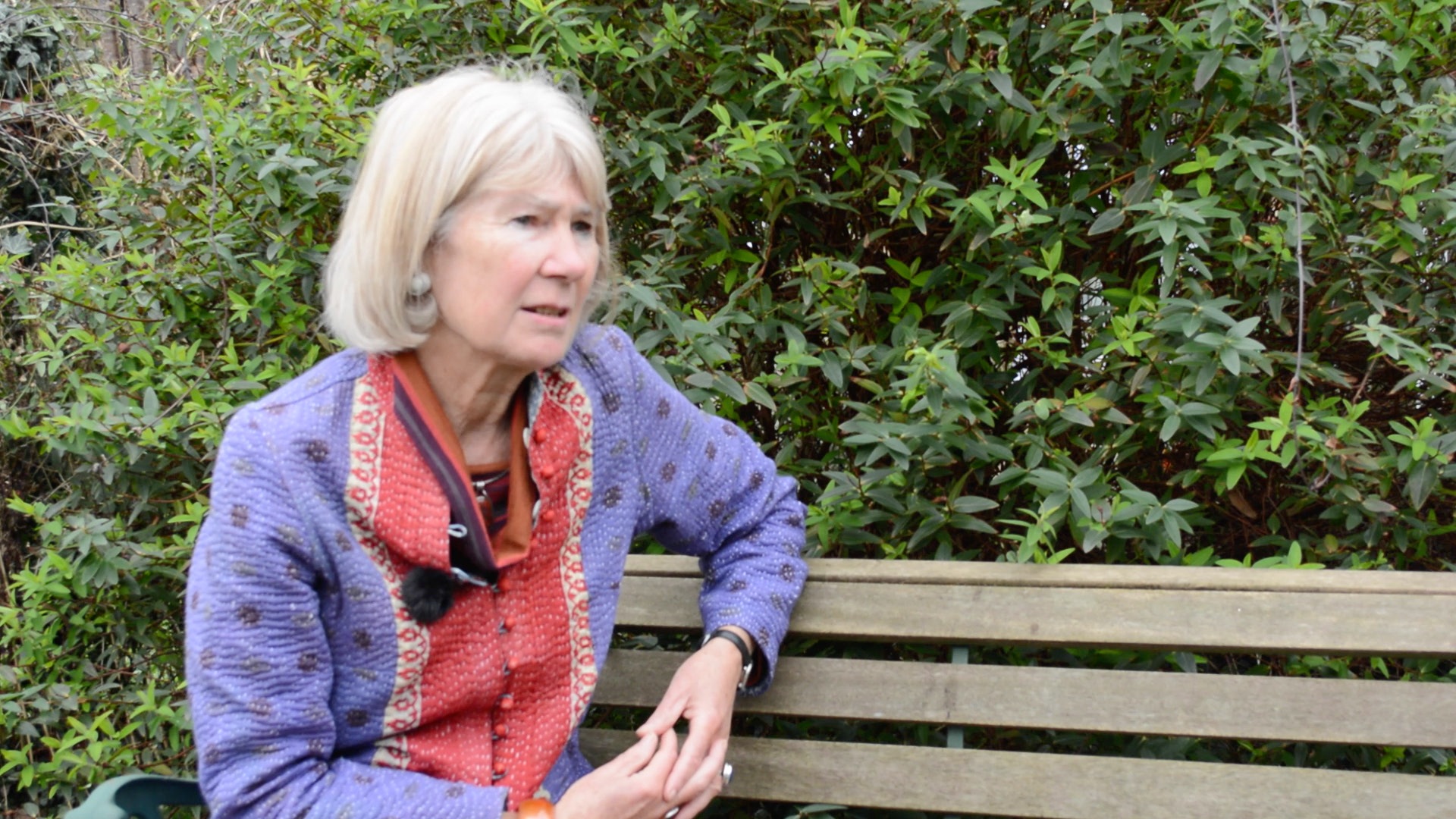 A shot from the film: Brenda Stones of 15 Cobden Crescent, former home of George Tyrrell.

Our 40-minute documentary film had its premiere at Oxford Town Hall on 26 May 2016, attended by 160 people, and the first public screening the following evening at St Matthew's church, attended by another 260. For a list of other screenings click here.

Film maker Simon Haynes spent fifteen months making the film, which features interviews with descendants of the 66 men, with local people who now live in the houses which they once occupied, and with Oxford and military historians. These are intercut with footage of local remembrance ceremonies and of Commonwealth War Grave Commission cemeteries in France and Belgium, and with images of documents and other items from local, college, workplace and and family archives.

Music for the film was specially composed by local musician and composer Bruno Guastalla; you can hear it here and read about it here. A special recording was also made of a recruiting song called Every Man a Soldier, written by Oxford photographer Henry Taunt in 1914. It may not have been heard for another 100 years until boys from the choir of Our Lady's Abingdon sang the song in March 2016 for our film's soundtrack. You can hear the recording here. The soundtrack of the film also features birdsong recorded in Grandpont by Bruno Guastalla, and First World War bugle calls by RSMI Phil King, Bugle Major, Oxfordshire (The Rifles) Army Cadet Force.

A marvellous piece of work. The amount of information, variety of material, and the pace of the film combine perfectly. It's also very moving without (wisely) trying to be flagrantly emotional.  Dr Robert Peberdy, Former Assistant Editor, Victoria County History of Oxfordshire

We really enjoyed the film...it's wonderful to have that small piece of history on record and also interesting to hear the story of the other families involved. It was very moving to think that those men had made such a sacrifice for us.  Member of the family of Ernest, Frederick and Hubert Little

The film is beautifully done and very touching.  Grandpont resident

The film was very well balanced, with a good mix of interview and commentary, text and image. The editing was perfect - the result was long enough to learn something substantial about the Grandpont men who sacrificed their lives, but short enough and selective enough to keep hold of the thread of the story, and not lose track of who was who. We were presented with a small jigsaw piece of our national history, helping to relate through local examples the chronology and the impact of World War I; but there was also the strong emotional connection with the locality, the community around South Oxford. Viewers were able to step inside the story and feel some pride and sadness at the contribution and sacrifice of South Oxford, and to multiply that across so many communities across the country.  Mark Lawrence, Oxfordshire History Centre Manager