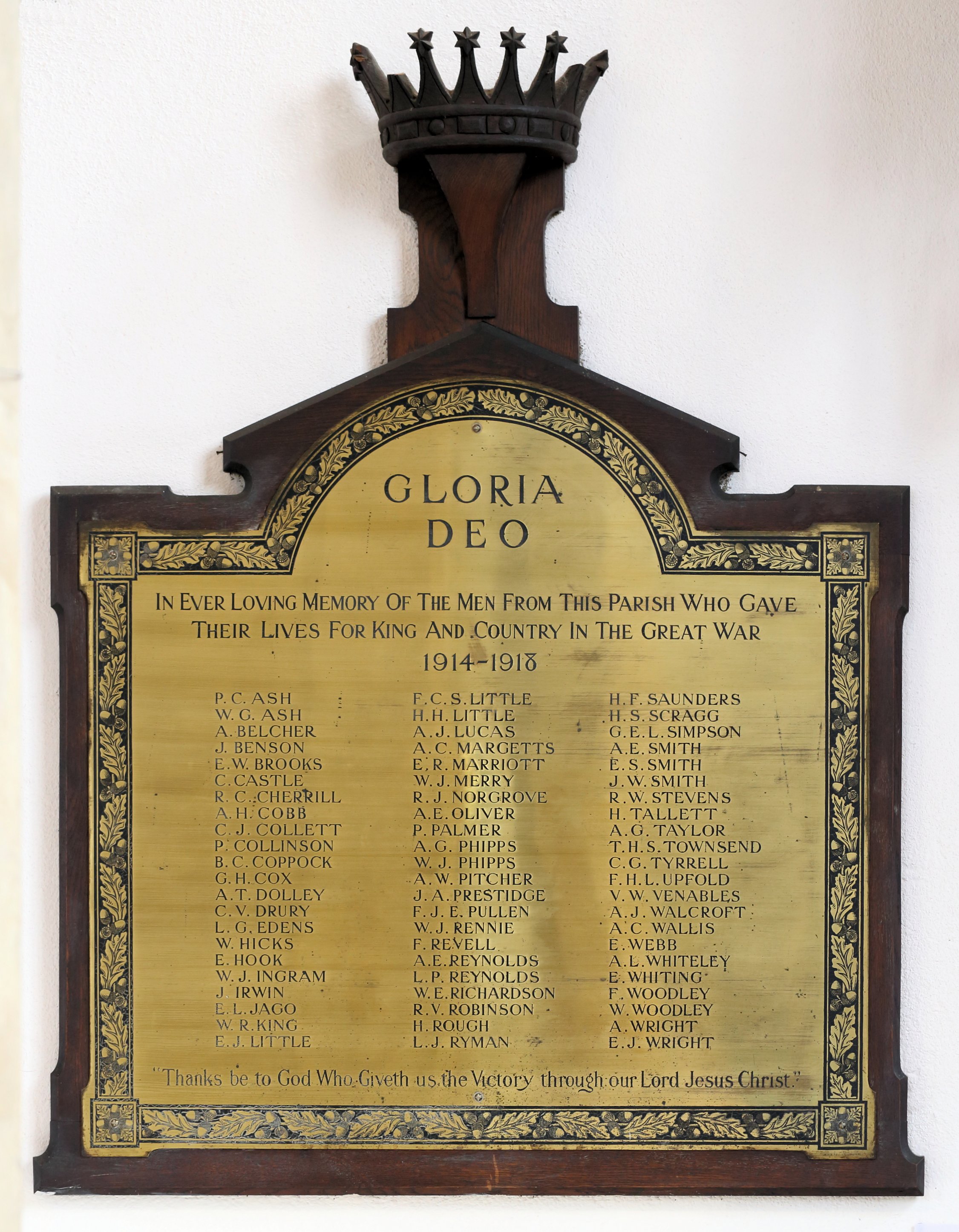 As part of the 125th anniversary celebrations of St Matthew's Church in 2015, and to tie in with the 1914-18 centenary commemorations, a group of local volunteers researched the lives of the 66 men from this parish who died in the First World War and whose names are on the memorial in the church. Similar projects have been carried out in other Oxford parishes including our neighbouring parish of New Hinksey.

Here is what we found out about the 66 men of Grandpont (plus a couple of others who are not on the memorial but who we think should have been).

Read on to find out what else the project involved...

As well as these webpages, the 66 Men of Grandpont project involved:

If you know anything about the men from Grandpont who went to fight (both those who died and those who survived), please This email address is being protected from spambots. You need JavaScript enabled to view it..

Bruno Guastalla (composer of the score for the 66 Men of Grandpont 1914-18 film), Simon Haynes (film maker, editor and producer) and Liz Woolley (writer, director and producer) receiving the Royal Historical Society certificate of commendation from Samir Shah, Chief Executive and Creative Director of Juniper TV and Chair of the Geffrye Museum, at the awards ceremony in London in January 2018. Liz Woolley also received a commendation for this South Oxford Local History website . Photo reproduced by permission of the Royal Historical Society. (Click on image to close) 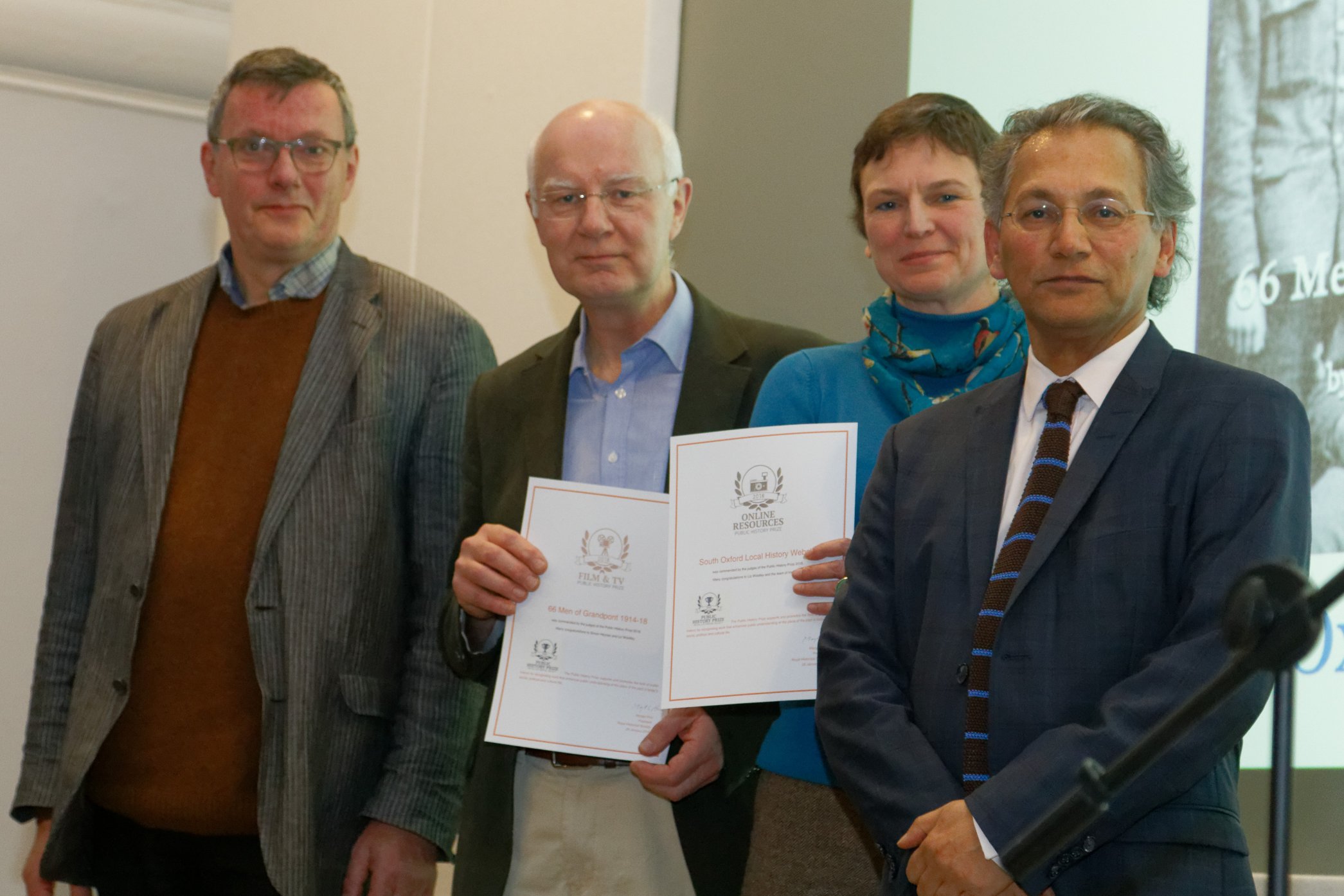