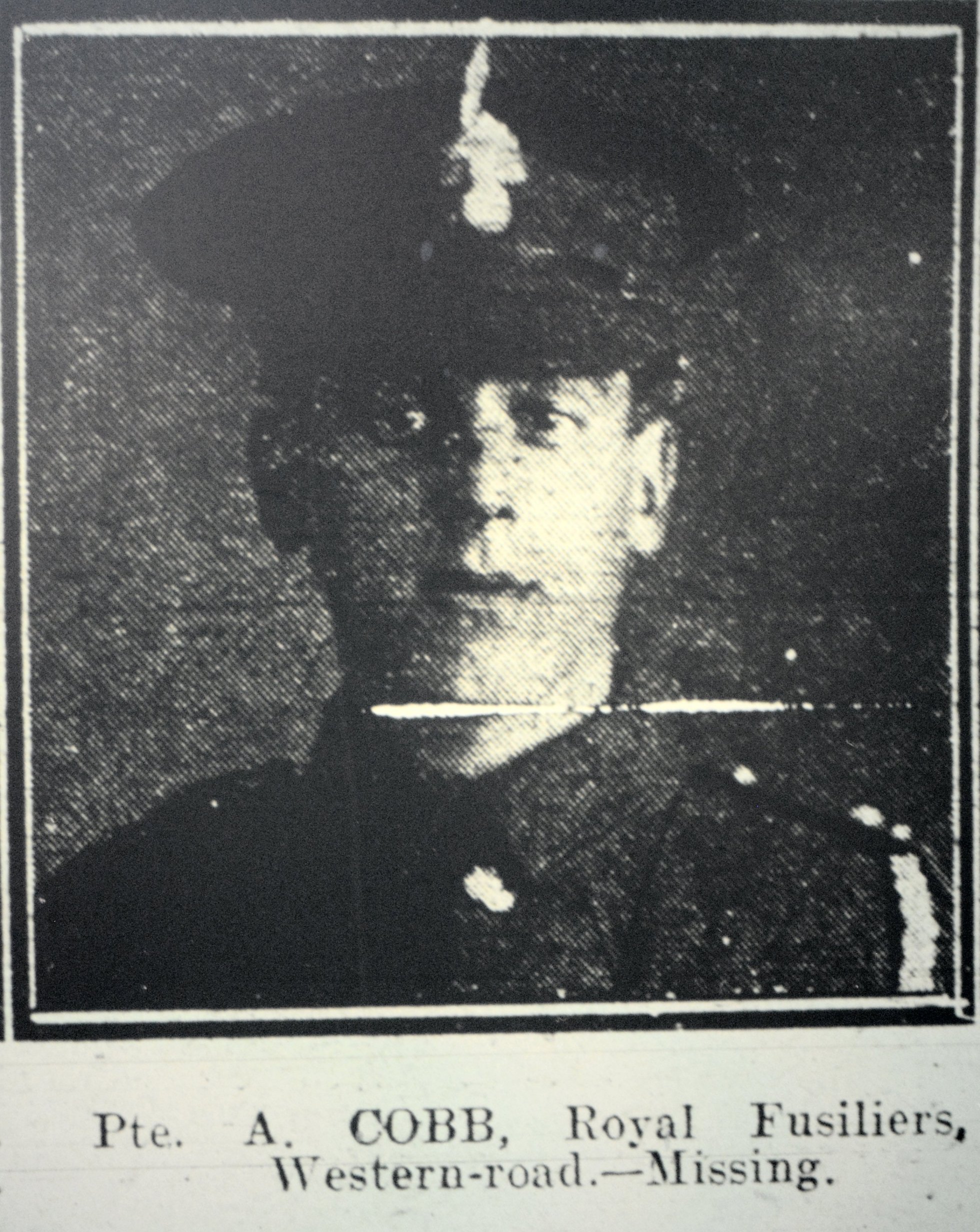 Image from the Oxford Journal Illustrated, 11 April 1917, p.6. The caption says that Pte Cobb was 'missing' but in fact he had been killed six weeks earlier.

In 1891 the family were living at 17 Bedford Terrace in Finsbury Park in Islington. By 1901 they had moved across the road to 6 Bedford Terrace and they were still living there in 1911. Dorothy (now 21) was working as a general domestic servant for an assurance clerk in Finsbury Park; Albert (now 19) was employed as a paperhanger; and Daisy (now 16) was working as an electric lamp fitter. Lizzie (11) was still at school.

Albert enlisted in the army in Holloway in Middlesex and became a Private with the 2nd (City of London) Battalion of the Royal Fusiliers, service no. 11060. By 1917 his family had moved to Oxford and were living at 31 Western Road in Grandpont. He was killed soon afterwards, on 28 February 1917, in the attack on Palz Trench, just east of Sailly-Saillisel on the eastern Somme. This attack took place after the formal end of the battle and was intended to pin the Germans in the sector whilst preparations were under way for a spring offensive at Arras. The assault formed part of the ‘Operations on the Ancre’ phase between January and March 1917. Albert was 24. He is buried at the Sailly-Saillisel British Cemetery, France.

Albert's sister Daisy married a milkman from Old Marston, Percy Ward, at St Matthew's church in July 1927. Albert's father continued to live at 31 Western Road until his death in the Radcliffe Infirmary in November 1939, aged 74. He left his entire estate, £50, to Daisy, so it's likely that his wife Annie (Albert's mother) had already died. The fact that Annie does not appear in the electoral registers (which first listed women in 1918), whereas both her husband and his female lodger (Florence Crozier) do, suggests that she was already dead by then. An Annie Cobb of the right age died in Thame in October 1915.