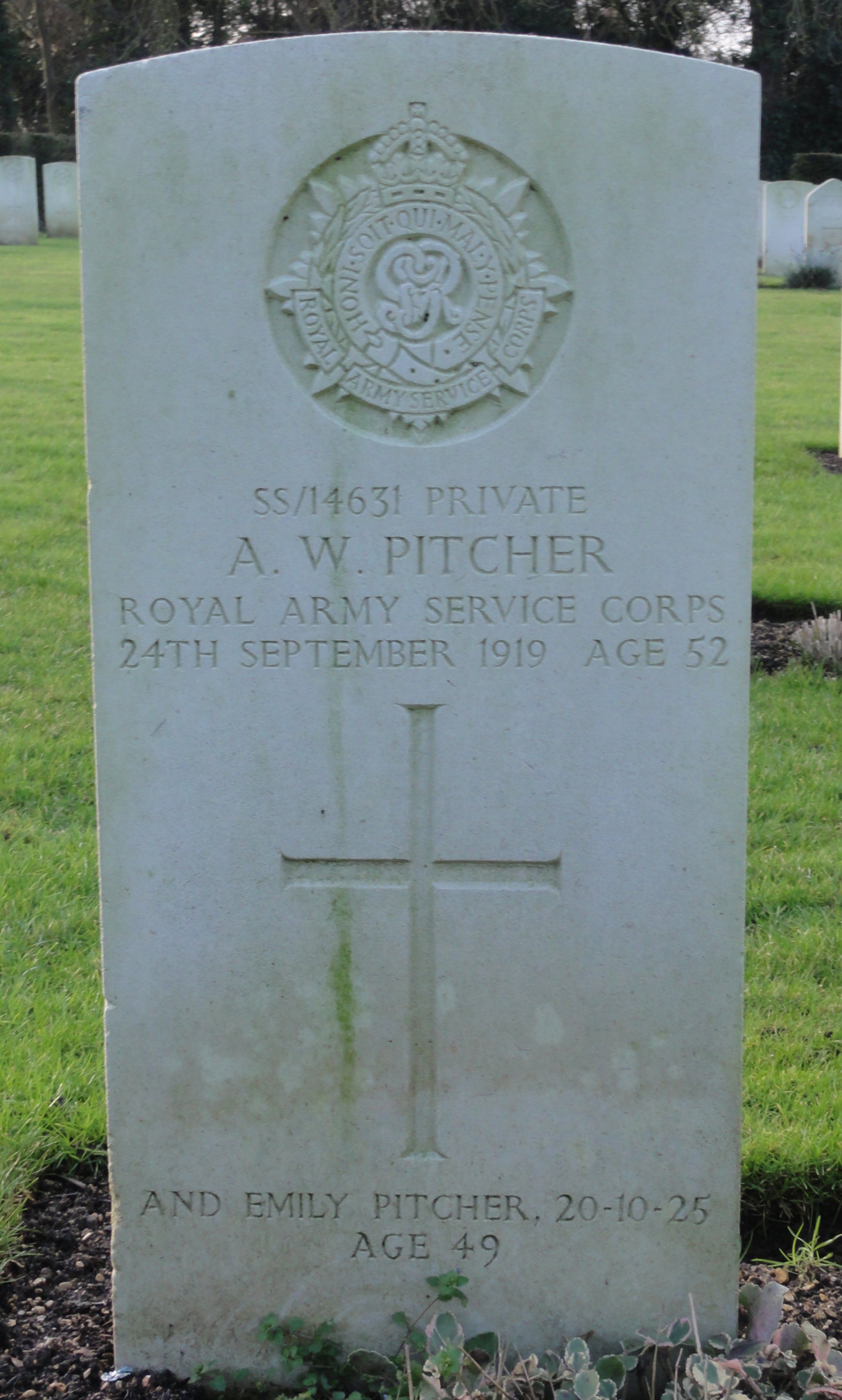 Albert was 48 when he enlisted on 13 August 1915, as a Driver with the Army Service Corps, service no. SS/14631. He was immediately transferred to the 18th Company of the Labour Corps, service no. 310712. He served at Gallipoli, Mudros and Egypt for seven months and then spent over two years in France. His army records show that he suffered from a shortness of breath, which worsened over time, and from a dilated heart. He was sent to hospital in Bradford on 7 October 1918 and was then transferred to Oxford.

Albert died on 24 September 1919, aged 52, in Oxford, and is buried at Botley Cemetery. Botley is one of several cemeteries which were established in Oxford in the mid 19th century (following the Burial Acts). During the First World War it was used as a burial place for soldiers who died in Oxford, mainly at hospitals that made up the Third Southern General Military Hospital. This occupied the Examination Schools on the High Street (mainly for the walking wounded), the Town Hall (particularly for malaria patients), the Cowley Road Workhouse, part of the Littlemore Pauper Lunatic Asylum (for victims of shell shock) and several colleges. There are 742 war burials at Botley, 156 of them Commonwealth War Graves from the First World War.

With thanks to Barry Burnham for additional research.