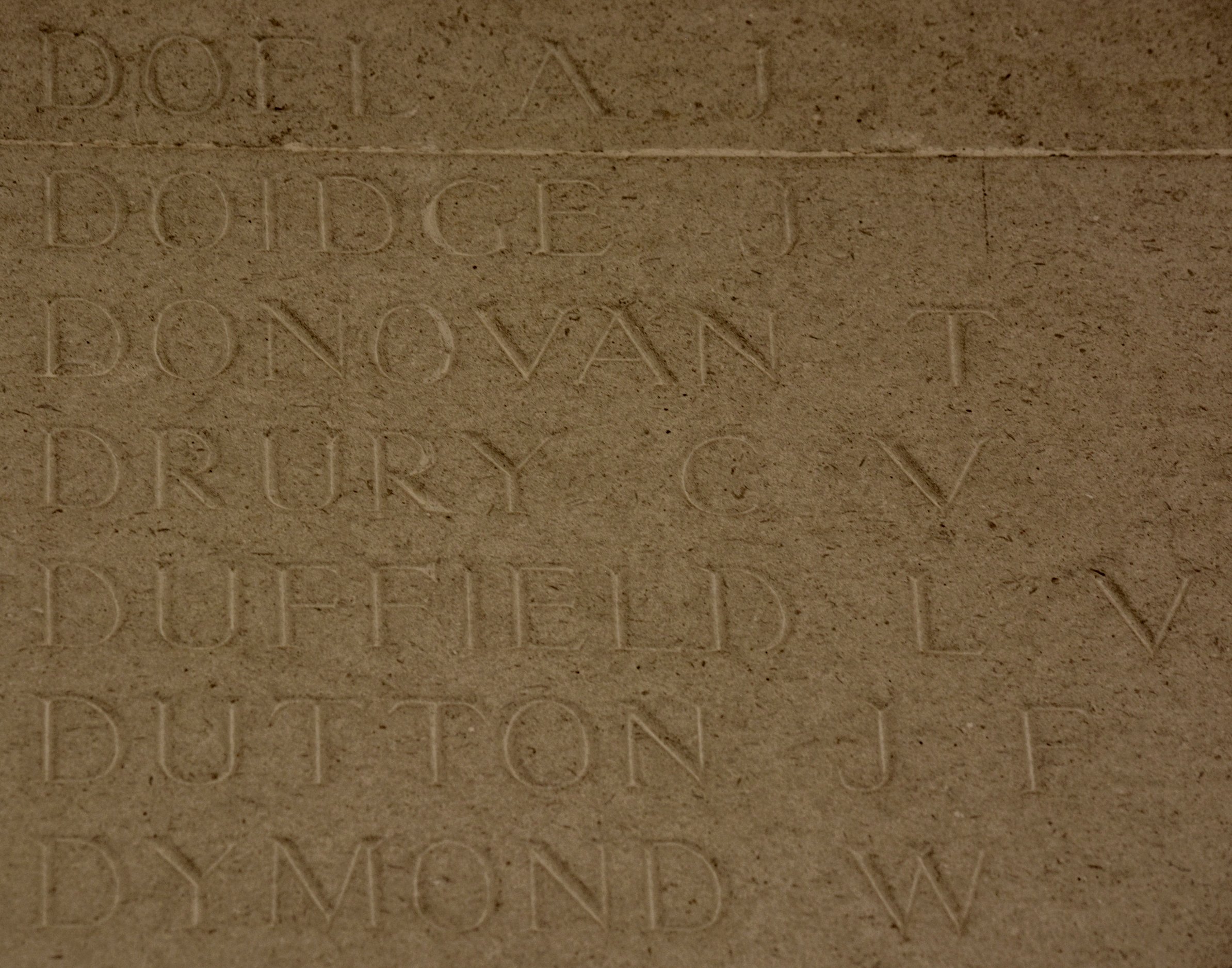 Sarah died in 1895 aged 44, when Cyril was only four, and his sister Elsie died in the same year, when she was seven. Thereafter the family moved to 3 Bridewell Square (off St Aldates). By early 1911 only Cyril (aged 19) and two of his sisters, Lily (aged 20) and Daisy (aged 24) were still living at home with their widowed father, then aged 64. Cyril was working as an assistant grocer and Lily as a domestic servant.

Cyril enlisted with the Oxf & Bucks Light Infantry in Oxford (service no. 27521), but later transferred to be a Private with the 5th Battalion of the Royal Berkshire (Princess Charlotte of Wales’s) Regiment, service no. 37737. In late 1915 or early 1916 his family moved to 266 Marlborough Road in Grandpont.

Cyril was killed in action on 28 April 1917, aged 25, during the Arleux phase of the Battles of Arras. The British were supporting a larger French offensive further south - the battles of the Chemin des Dames and the Champagne Hills. Cyril's body was never recovered, but he is named on the Arras Memorial at Pas de Calais, which commemorates almost 35,000 servicemen from the United Kingdom, South Africa and New Zealand who died in the Arras sector between the spring of 1916 and 7 August 1918 (the eve of the Advance to Victory) and have no known grave. After his death his effects, worth £8 5s 18d, were sent to his father George.