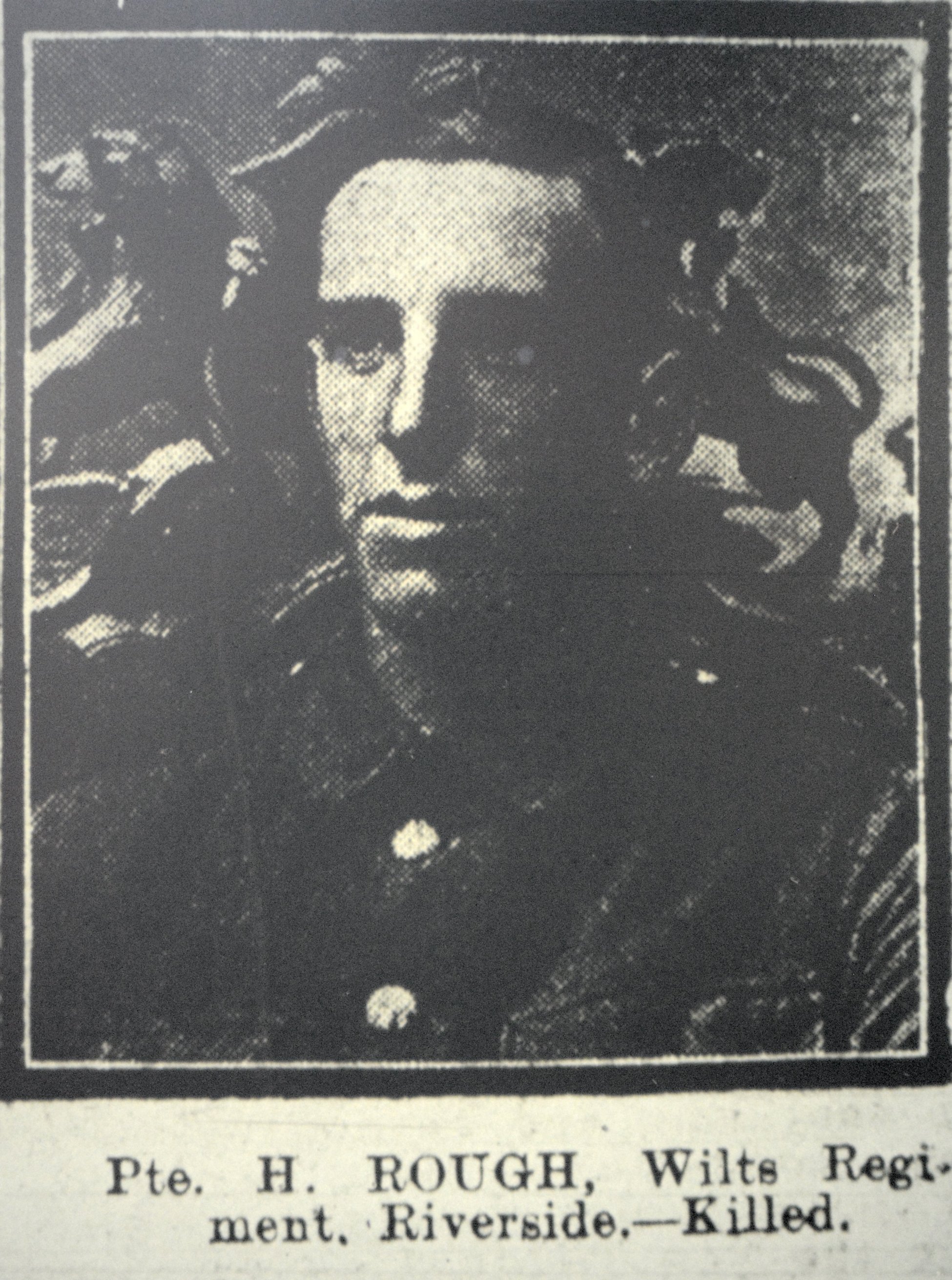 Henry Rough was born at Long Bridges, on the River Thames between Folly Bridge and Donnington Bridge, on 24 March 1896, and baptised at St Aldates church on 14 June. He was the son of Frederick Rough (born in Wandsworth in 1857/58) and his wife Annie (née Cuthbertson, born in Newcastle upon Tyne in 1860/61). Frederick was a boat builder and Annie was described in the 1911 census as a housekeeper. The Roughs were a well-known boat-building family based at Long Bridges.

In 1901, when Henry was 5, the family were living at 2 Parker Street in Iffley Fields, East Oxford. As a young boy Henry attended the Central Boys' School in Gloucester Green. By 1911 his family had moved back to Riverside House at Long Bridges. On census night 1911 (2 April) Henry was in Wandsworth, staying with his paternal aunt Elizabeth Clasper (née Rough). Elizabeth was the widow of John Hawks Clasper, a leading racing boat builder in the 1870s and 1880s. It's possible that Henry was lodging with her whilst he was at school in London.

Henry's father Frederick was probably a former employee of his brother-in-law John Hawks Clasper, but by the 1880s he had set up his own boat-building business at Long Bridges. In the 1890s and early 1900s he became a leading racing boat builder and the supplier of many of the boats used in the Oxford-Cambridge boat race. In 1913 his workshop at Long Bridges was burnt down by suffragettes [why he was targeted is unclear], an incident from which he was said never to recover. He died the following year, in December 1914, aged only 56; he was such a famous boat builder that his death was reported in the New York Times.

Soon after, Frederick's son Henry, who was a keen rower, joined the 7th Battalion of the Wiltshire Regiment as a Private, service no. 14476. He was sent to Greece where Anglo-French forces had begun landing at the port of Salonika on 5 October 1915. The troops were sent to provide military assistance to the Serbs who had recently been attacked by the combined German, Austro-Hungarian and Bulgarian armies. Henry was killed in action on 24 or 25 April 1917, aged 21, during the First Battle of Doiran, fighting against Bulgarian forces. He was buried at the Doiran Military Cemetery in northern Greece, close to the Macedonian border. As well as being named on the memorial in St Matthew's church, Henry is also commemorated on the First World War memorial of the Central Boys' School, which is now housed in the library of Oxford Spires Academy in East Oxford.

Henry's brother Frederick also fought in the War, but survived. He was a Lieutenant Corporal in the 1/4 Battalion of the Somerset Light Infantry, service no. 200423.

Henry's death prompted his younger brother Arthur Cecil (Pete) to join the Royal Navy on this 18th birthday, soon after the War finished. He served until 1936, by which time he had become a Chief Engine Room Artificer. When the Second World War started he joined the Merchant Navy and crossed the Atlantic many times on convoys carrying food and equipment.

In October 1922 Rough's boathouse at Long Bridges (which had been built to replace the one which burnt down in 1913) was put up for auction.