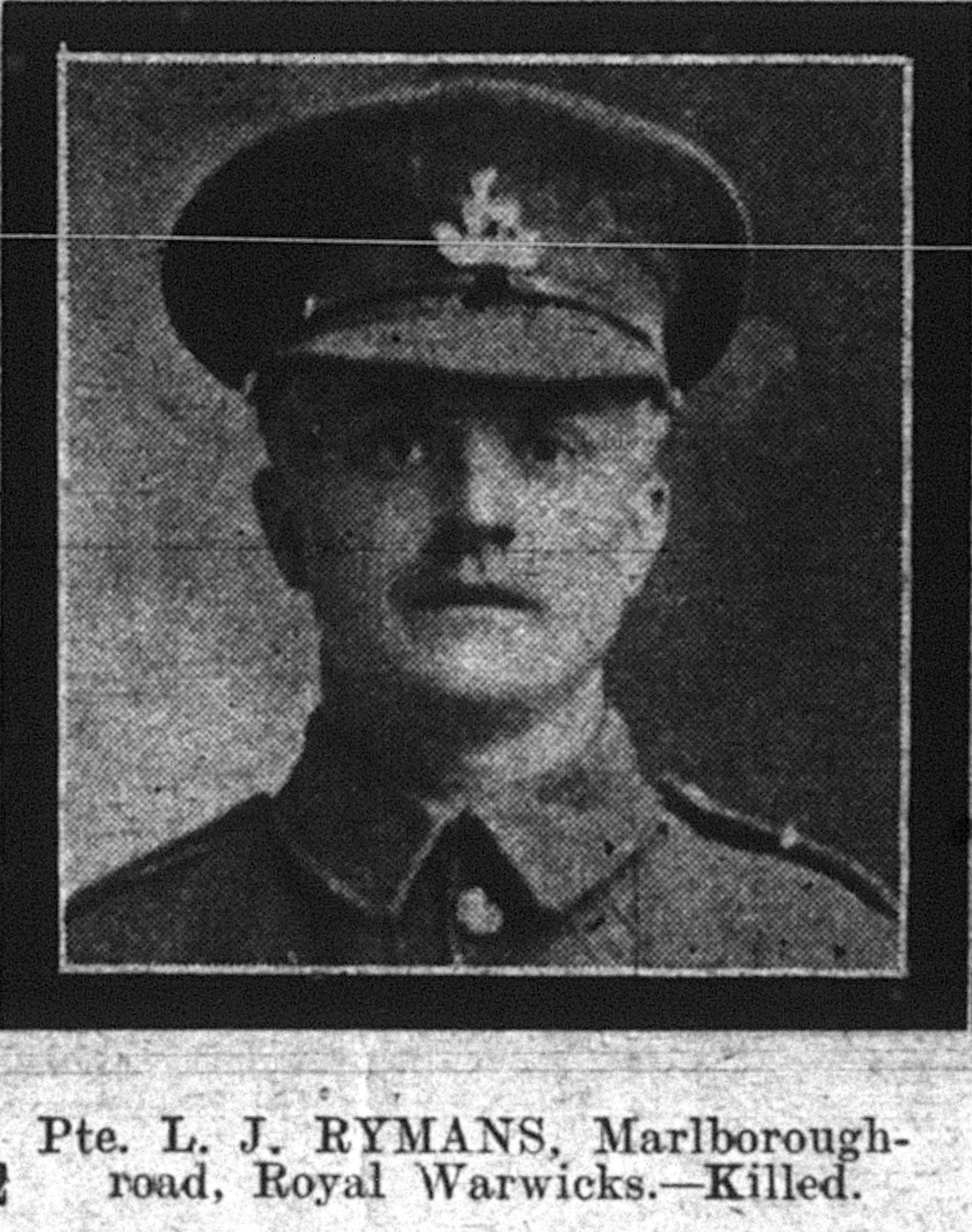 The children's father Mark died aged 55 in January 1900, when Leonard was 12. Soon afterwards Mrs Ryman and the four of her children who were still living at home (Frederick, Rose, William and Leonard) moved to 7 Cromwell Street in St Ebbe's. Leonard's sister Rose was by now a dressmaker.

By 1911 the family had moved to 46 Marlborough Road in Grandpont; Leonard was a tailor, and Frederick and William had become waiters at Christ Church. In February 1912 Frederick married Mabel Cooper, who was from Swindon, at St Matthew's church.

Leonard joined up and became a Private with the 9th Battalion of the Royal Warwickshire Regiment, service no. 11120. His battalion was sent to Gallipoli in Turkey, to take part in the eight month campaign by Commonwealth and French forces to drive Turkey out of the War, to relieve the deadlock of the Western Front in France and Belgium, and to open a supply route to Russia through the Dardanelles and the Black Sea. The 13 Division landed at Anzac Cove between 3-5 August 1915 in a final attempt to capture the Gallipoli Peninsula. Leonard was killed on 10 August 1915, aged 27, probably in the Battle of Sari Bair which took place between 6-10 August. His body was never recovered but he is named on the Helles Memorial on the tip of the Gallipoli Peninsula in Turkey, which commemorates many of those Commonwealth servicemen who died there and have no known grave.

Leonard's brother William left Christ Church in 1914 and Frederick left a year later. According to college records Frederick 'married and went off his head; went to Warneford Asylum'. However, he and his wife Mabel continued living at the family home at 46 Marlborough Road and had at least three children there. (Two of them got married in St Matthew's church: Mabel in 1937 and Percival in 1954.) Frederick seems to have been re-engaged by Christ Church as a kitchen porter until 1946. He died at 46 Marlborough Road in January 1958 and his funeral was at St Matthew's church.

With thanks to Judith Curthoys (Archivist at Christ Church) for additional information.