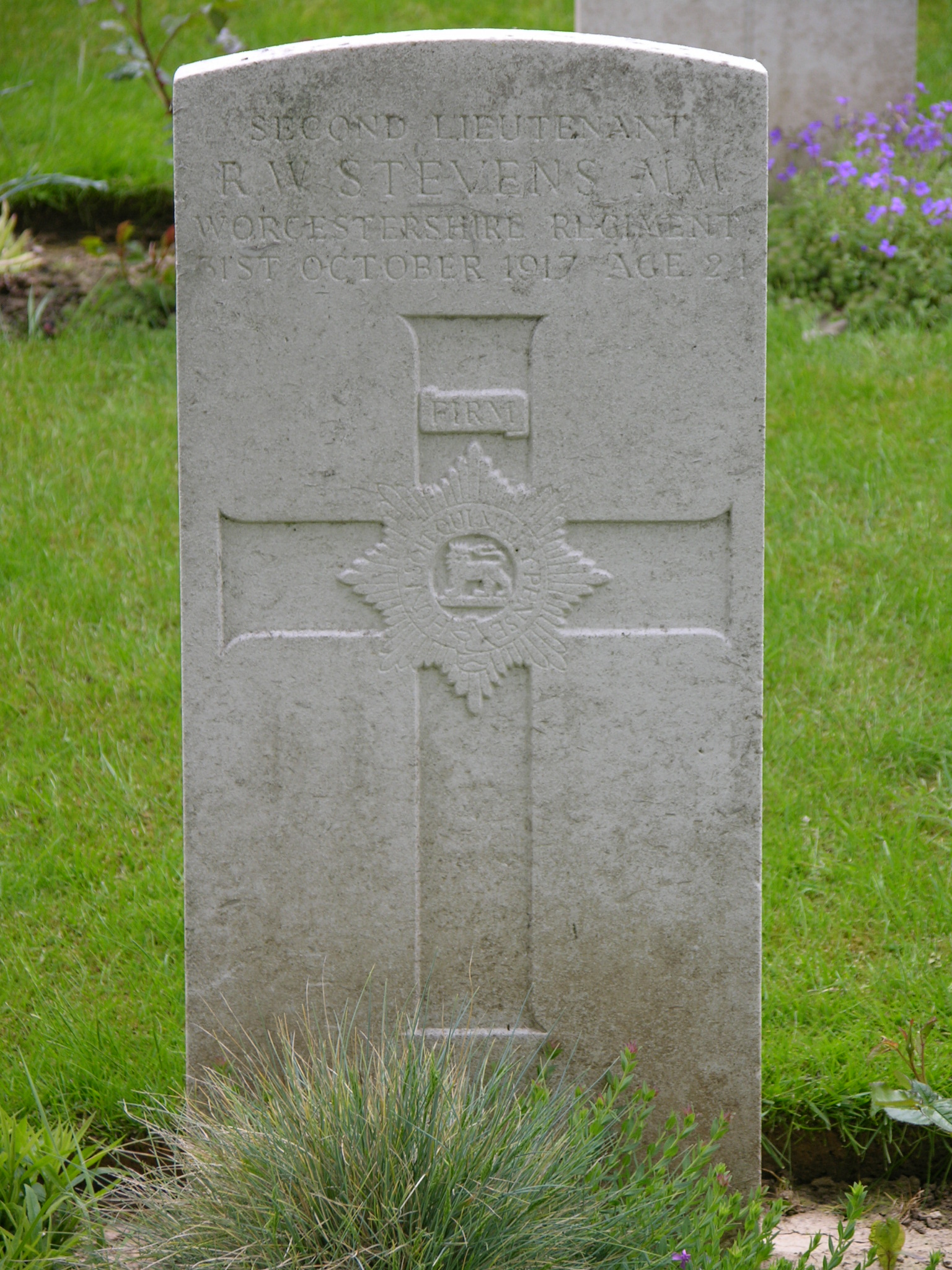 Most of the information below is kindly supplied by Barry Burnham, whose full biography of Ronald Stevens appears here.

Ronald Stevens was born on 13 July 1893, the only child of William Henry and Sarah Ann Miriam Stevens. Ronald's father had been born in Friars Wharf, St Ebbe's, in 1864. He began his working life as a grocer's assistant but eventually became a grocery business manager. In the summer of 1892 he married Sarah Shayler (known by her middle name of Miriam) at Oxford's Registry Office. Miriam had been born in 1863 in Sutton Courtenay, near Abingdon, then in Berkshire. She was the daughter of a publican; by 1891 she and her family were living in Ship Street in Oxford and William Stevens was their lodger.

William and Miriam moved to Grandpont and a year later their only child Ronald was born. In 1901, when Ronald was eight, the family was living at 8 Western Road. He attended the fee-paying Bedford House School on Walton Street in Jericho.

By 1911, when he was 18, Ronald and his parents had moved from 8 to 16 Western Road and Ronald was working as a counting house clerk at Elliston & Cavell, the well-known department store on Magdalen Street (later Debenhams). In November 1912 he enlisted with the Territorial Army and joined the 4th Battalion of the Oxf & Bucks Light Infantry (whilst still working for Elliston & Cavell). He became a Lance Sergeant, service no. 1700.

When War was declared Ronald and his battalion were sent for several months' training at Writtle in Essex and then embarked for France in March 1915, as part of the British Expeditionary Force. They joined the Battle of the Somme on 19 July 1916. They were at the front north-west of Pozieres when, on 18 August, Ronald was awarded the Military Medal for conspicuous bravery with the following citation: 'A/Cpl RW Stevens when in charge of an advanced post, the remainder of the trench on either side was obliterated and the garrison withdrawn, he maintained and consolidated the post in a most able manner.' The award was reported in The Oxford Times a month later.

Ronald had been promoted several times and in July 1917 he left the Oxf & Bucks to take up a commission as a Second Lieutenant with the 8th Battalion of the Worcester Regiment, service no. 200152. In October the battalion was in the trenches north-east of Vimy in northern France; Ronald led a night patrol on 30 October and was shot through the shoulder by a machine gun bullet. He died early the following morning at the nearby Regimental Aid Post of the Sherwood Foresters. He was 24.

Ronald was buried at the Sucrerie Cemetery, Ablain St Nazaire. Obituaries were published in the Oxford Chronicle and in The Oxford Times the following November. Ronald's father William served as a sideman to the churchwardens at Holy Trinity church (just across the river from Grandpont) and so Ronald is commemorated on the Holy Trinity war memorial as well as on St Mathew's. He was also named on the Bedford House School Roll of Honour.

Some time after the War Ronald's parents moved to Cavell Road in Iffley [named after John Cavell, of Elliston and Cavell]. His father William died in March 1937 aged 72 and his mother died in June 1949 aged 85. Both were buried in the churchyard of St Mary the Virgin in Iffley village and Ronald is also remembered on their headstone.