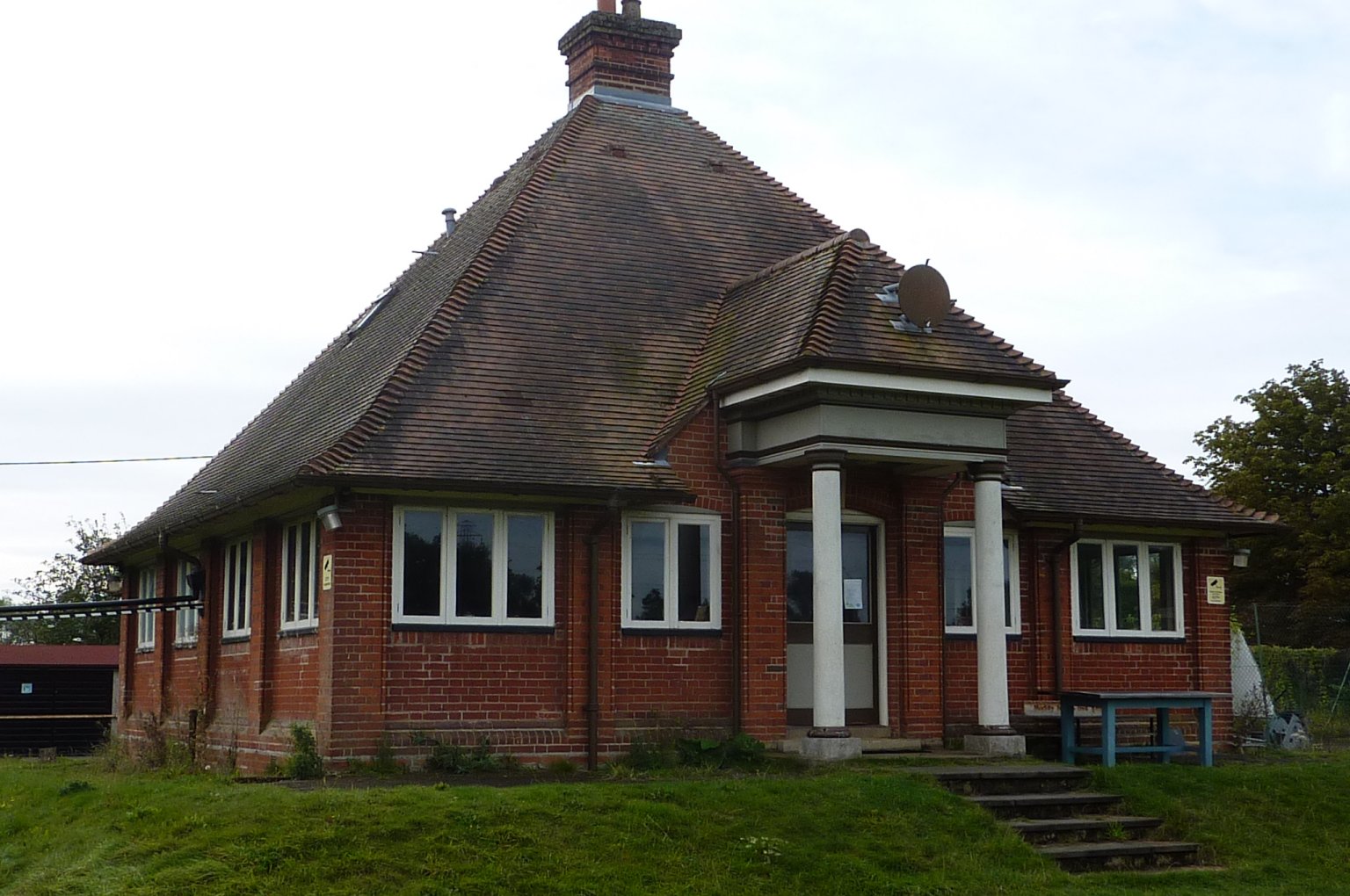 In 1908 Corpus Christi College decided to create a new sports ground for its undergraduates on pastureland to the west of the railway line. The ground was laid out in 1909 by contractors Castle, Field & Castle, and the plans included a cricket pavilion. There is considerable correspondence in the college archives about the provision of mains water to the ground, and several records of payments to various tradesmen for services, for example to J Rogers for laying out the grounds and catching moles (108 at 4d each); to John Goundry for new iron fencing; and to chimney sweeps J Cox & Sons for two tons of soot (presumably as a soil conditioner).

Corpus Christi's college magazine The Pelican Record reported in June 1909 that work on the grounds was ongoing and that the President of the College, Thomas Case (himself a keen cricketer) had designed a new cricket pavilion, based on a building by Sir Christopher Wren at the Chelsea Hospital in London. However, correspondence between the London architect George Drinkwater and the Fellow of Corpus Christi who was in charge of the project, Dr W Phelps, suggests that Case’s design was too expensive and that the final design was a cheaper version by Drinkwater himself.

Fittings for the interior of the pavilion were provided by the well-known department store Elliston & Cavell (whose shop was on Magdalen Street; it later became Debenhams). The grounds and pavilion were in use by June 1910 when The Pelican Record reported that 'Not only is the general effect completely satisfying, but particular praise is also due to the artistic finish in small details, which gives to the whole, both inside and out, as distinguished an appearance as that of any larger and more expensive pavilions belonging to other colleges. The new ground has surpassed all expectations. The turf has settled down into really admirable condition, considering that only eighteeen months ago the field was pasture land. Bathing facilities have been provided through the enterprise of Dr Phelps, who has throughout been indefatigable in his efforts to make the new ground a success; and we are daily awaiting the formation of a College Anglers' Club to avail itself of the specially reserved fishing rights.'

An electric clock was added above the front porch of the pavilion in 1965, but has since been removed. In 2010 the by then redundant pavilion and sports ground were leased to West Oxford Community Renewables (WOCoRe) for the rent of a jar of honey a year. The site is now the home of the Hogacre Common Eco Park.

Information in this section comes from documents in Corpus Christi College's archives (E/3/3/5, Misc papers relating to CCC Clubs & Sports Ground); with thanks to the college archivist Julian Reid. Unfortunately the original plans for the pavilion seem to be missing.