Eastwyke Manor, which had substantial land holdings either side of the Abingdon Road, was owned by Abingdon Abbey in the Medieval period. In 1528 half of its land was bought by University College. 'Wyke' is Old English for 'farm' (often dairy farm) or 'trading place'; Eastwyke was on good grazing land on the Thames floodplain and close to a main route into Oxford.  Ridge and furrow, evidence of communally-farmed fields, can still be seen quite clearly in remaining open grassy areas at Eastwyke Farm, between the road and the river, especially when it floods. 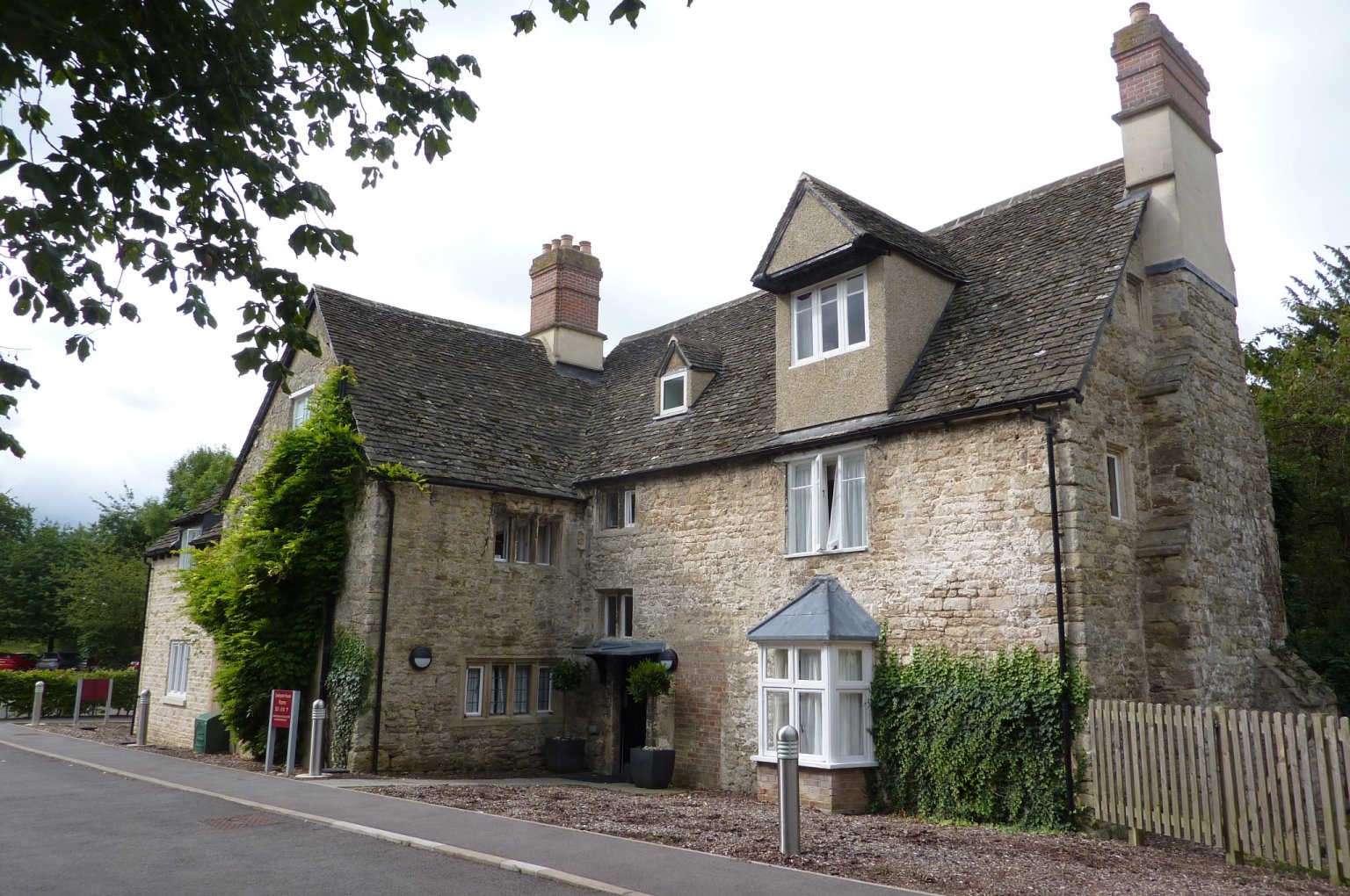 The farmhouse appears to have been built in the mid 17th century. During the Civil War of the 1640s Oxford was a Royalist stronghold and a map of 1644 by Bernard de Gomme shows an outpost with star-shaped defences at Eastwyke Farm. There is reference to an incident at this fort between Parliamentary forces and the Royalist garrison on 27 May 1645:

'Two Regiments (the white and red) with two pieces of Ordnance, marched over Isis [the River Thames] at Godstow Bridge, and so by Botley to South Henxsey, which part were continually playing on that in Mr Oliver Smyth's house [Eastwyke Farm] (held by him of University College) standing without the South port, and continually guarded and relieved with Soldiers out of the Oxford Garrison, but for the most part repelled with the loss of men and members.' (Anthony Wood, The History and Antiquities of the University of Oxford (1792), vol 2, pp.475-6)

The farm had various tenants; by 1790 the lease had been taken on by butcher Isaac Alden (1770–1832). Alden's the butchers, which is still going strong in Oxford, was founded by Isaac in 1793. One branch of the family became printers and established the Alden Press; another the buildings service engineers FG Alden; and another branch owned Alden's Motors on Lake Street.

In the 19th century some of Eastwyke Manor's land on the western side of the Abingdon Road was sold to the Oxford waterworks (and formed what is now Hinksey Park). On the eastern side, between the Abingdon Road and the river, land was used for the building of University College's boathouse [which burnt down in 1999] and the adjacent sports ground and pavilion.

At Eastwyke Farm the Aldens reared and slaughtered beef, lamb and pork, and then transported meat products to be sold at their various shops in the Covered Market. The business was passed down from father to son and by the time it reached Isaac’s great-grandson Leonard Alden in the late 19th century it was described as 'probably the biggest butchering business under one roof in England'. Leonard Alden was President of the Master Butchers’ Association, a national cattle judge at Smithfield and elsewhere, and Mayor of Oxford in 1936–7. He died in a road accident whilst still in office. 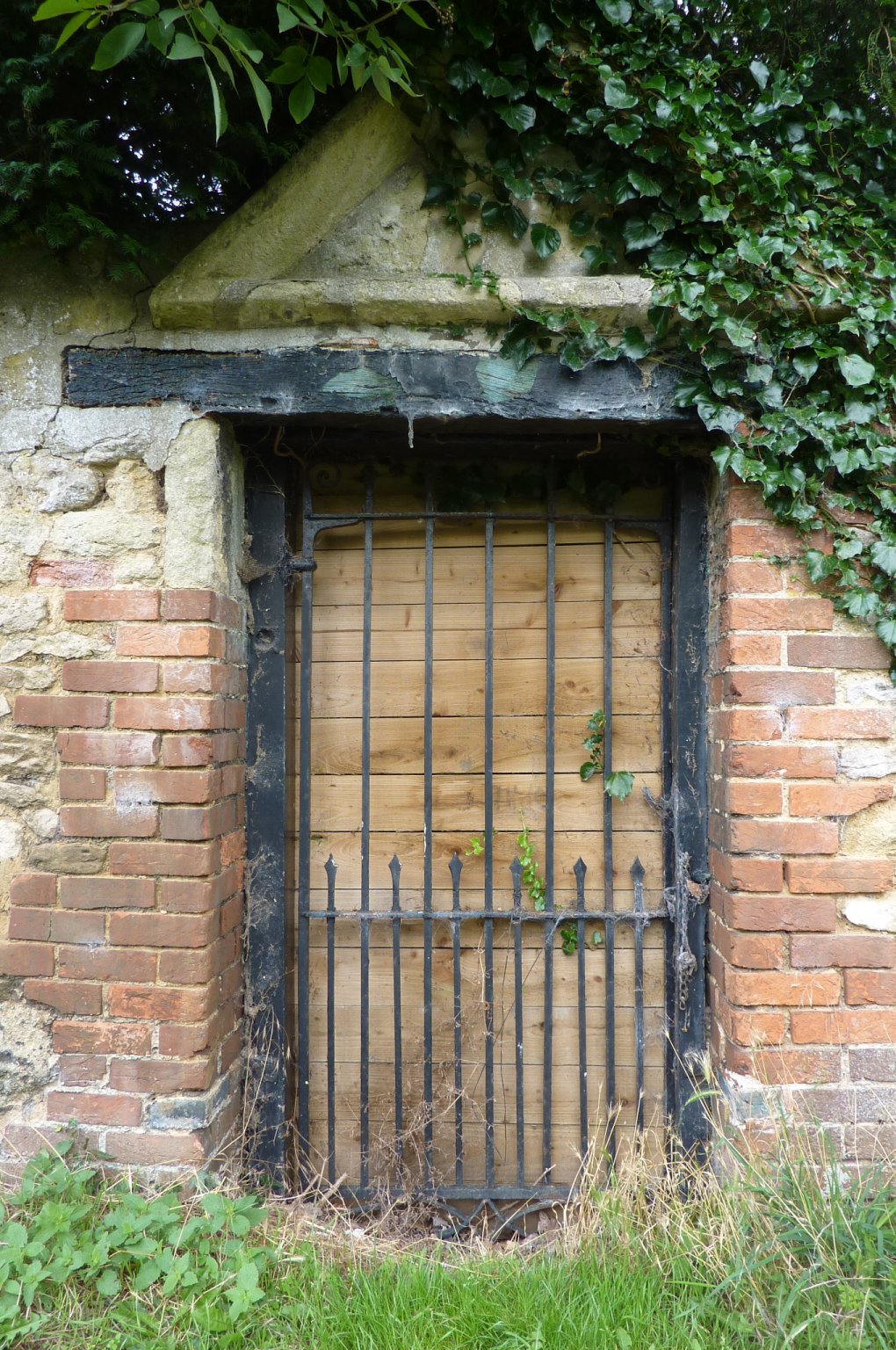 The gateway in the wall along the northern boundary of Eastwyke Farm.

Alden's were still slaughtering animals at Eastwyke Farm in the 1970s and from 1973 to 1986 they had a frozen food supermarket there; the family continued to live in the farmhouse. In 1986 the business moved back to the Covered Market and Eastwyke Farm reverted to University College. [In 1999 Alden's moved their offices to Osney Mead Industrial Estate.] Between 1999 and 2010 Four Pillars built the Oxford Spires Hotel in the grounds of the farmhouse and in 2010 renovated the house itself, which had fallen into serious disrepair. During the work 31 bicycles, two red telephone boxes and a Triumph Spitfire were found in the undergrowth, as well as an outdoor swimming pool, which was full of newts and which has beautiful mosaic tiling. More recently the orchard between the house and the Abingdon Road has been restored.

Looking south over the field to the east of the Oxford Spires Hotel; the flood water highlights the ridge and furrow. (Click on image to close)