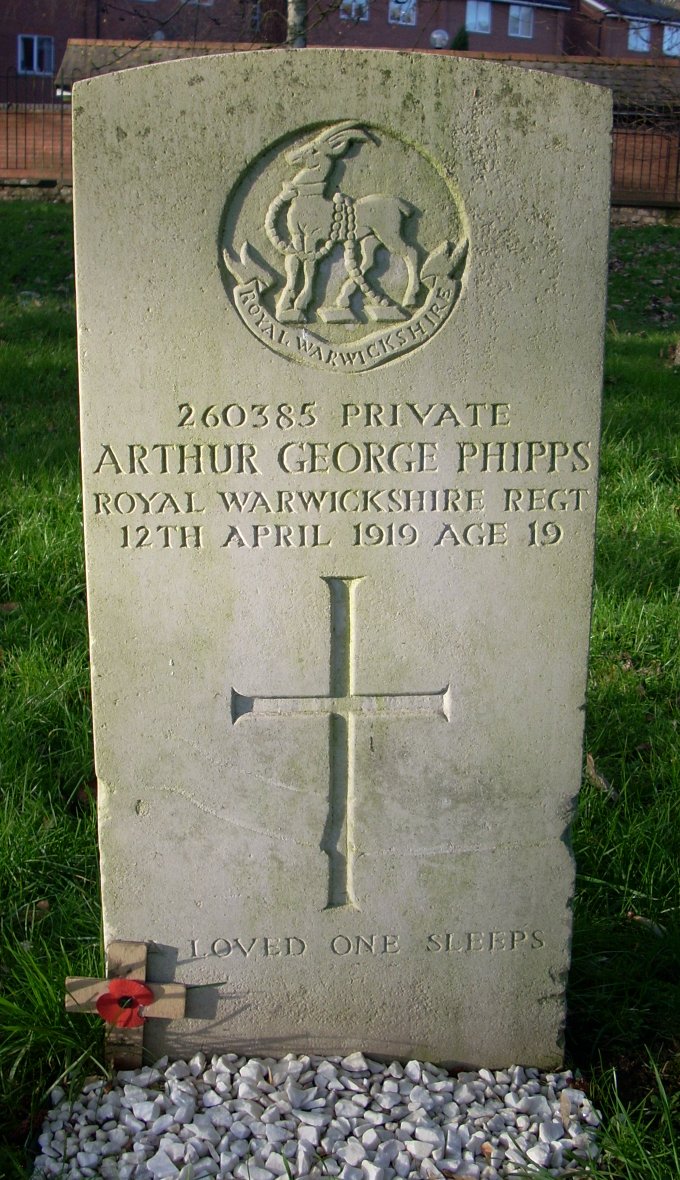 Arthur Phipps was the nephew of Walter Phipps. He was born in December 1899 and baptised at St Aldates church the following February. He was the only child of Arthur Phipps, a bricklayer, who had been born in St Ebbe's in 1868/69 [he was the brother of Walter Phipps]. Arthur's mother Annie (née Putt), had been born in Islington in 1867/68, the daughter of a bootmaker. By the time of her marriage to Arthur senior, at St Matthew's church in Grandpont in March 1894, she was living in Marlborough Road. The couple moved to 50 Chilswell Road and Arthur junior was born there in 1899; by 1911 the family had moved to 86 Chilswell Road.

The Phipps were well-known local builders and various members of the extended family built many of the new houses on the Grandpont estate in the 1880s, 1890s and early 20th century. However, by April 1911, when the census was taken, Arthur's father was 'too ill to work' and he died the following September, aged only 43, when Arthur was 12. His funeral was at St Aldates church and he was buried with his sister and parents at Osney Cemetery.

Arthur junior did not turn 18 until December 1917 so he could not, in theory, have enlisted before then. He became a Private with the 10th Battalion of the Royal Warwickshire Regiment, service no. 260385. He must have spent some time overseas as he was postumously awarded the British War and Victory medals for his military service. However, on his return to England he died of Spanish influenza on 12 April 1919, aged 19, at the Endell Street military hospital in Covent Garden in London. This had been opened in May 1915 by militant suffragists Dr Flora Murray and Dr Louisa Garrett Anderson. It was the first military hospital to be run and staffed entirely by women.

Arthur's body was brought back to Oxford and his funeral was at St Aldates church on 17 April 1919. He was buried near his father and other members of his family in Osney Cemetery. ‘A loved one sleeps’ was carved on his headstone at the request of his widowed mother.

Arthur's mother Annie remained living in Chilswell Road for the rest of her life; she died in May 1937, aged 69, and her funeral was at St Matthew's church.

With thanks to Barry Burnham for additional information; his full biography of Arthur Phipps appears here.