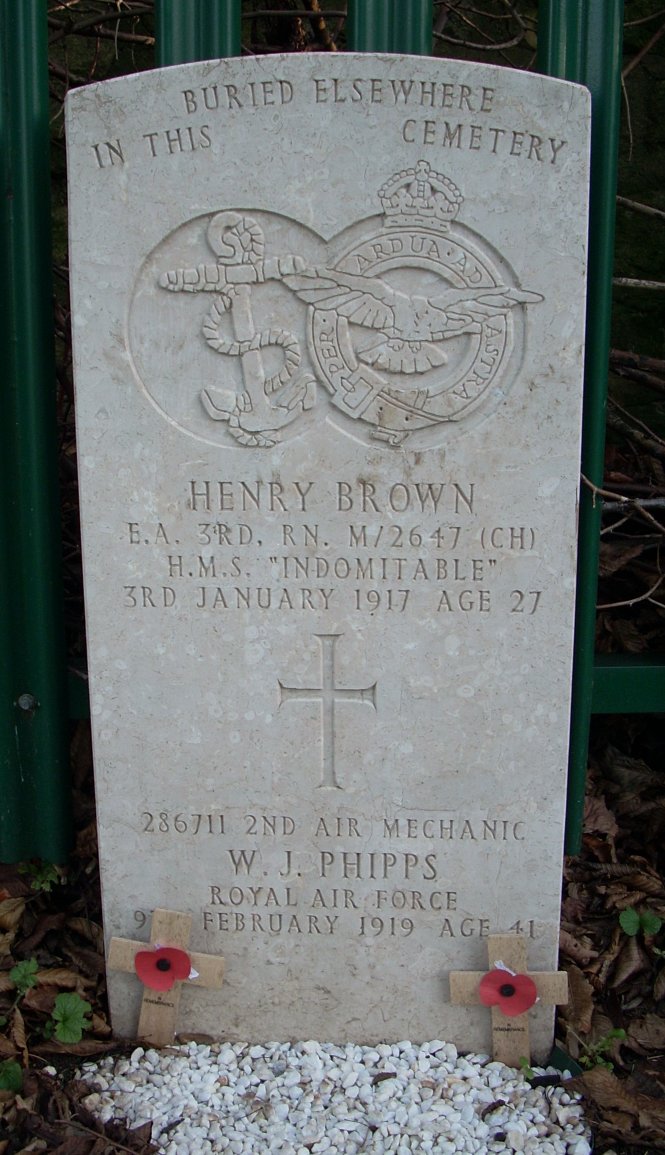 In 1871 the family was living at 61 Blackfriars Road in St Ebbe's; by 1881 they had moved to 21 Blackfriars Road and by 1891 they had moved to 174 Marlborough Road in Grandpont, the house in which Walter was to live for the rest of his life. Next door was the family of Alexander Rennie. By now Walter's father George had his own building business. The Phipps were well-known local builders and various members of the extended family built many of the new houses on the Grandpont estate in the 1880s, 1890s and early 20th century - at least 25 on Marlborough Road alone, including no. 174.

Walter and his older brothers George, Frederick and Arthur all followed their father into the bricklaying and building trades; his older sister Alice became a dressmaker. In 1891 Walter, aged 13, was an apprentice bricklayer, but by 1901 he had become a carpenter and builder. He was later described [posthumously, on his son Harold's marriage certificate] as a 'carpenter and (master) joiner'.

Walter married Annie Radborn in October 1901 at St Aldate's church. She was also a resident of Marlborough Road, though she had been born in Eynsham in 1875. Walter and Annie lived at 174 Marlborough Road with Walter's parents and they had five children there: Alma (born 6 September 1901, a month before Walter and Annie's marriage); Lilian (February 1903); Harold (October 1904); Dorothy (April 1906); and Sidney (July 1909). All the children were baptised at the Wesleyan Methodist chapel in Gordon Street in New Hinksey.

Walter's younger sister Florence died in 1908, aged 23, and his older brother Arthur died in September 1911, aged 43. Their mother Sarah died in February 1913, aged 70, and their father George died in January 1916 aged 74. All four were buried at Osney Cemetery in West Oxford.

Walter enlisted on 20 August 1918, when he was 41. He joined the newly-formed Royal Air Force as a Second Air Mechanic, service no. 286711. His service records state that he was 5' 11½" tall and had a 33½"chest, brown hair, grey eyes and a sallow complexion. He was medical category grade II, i.e. able to stand a fair amount of physical strain and likely to improve if trained. Men in this grade had to be able, when trained, to march six miles with ease. They had to have fair sight and hearing, and average muscular development.

Three weeks after enlistment Walter was sent to France with the British Expeditionary Force and on arrival on 13 September 1918 he was attached to the No. 1 Aeroplane Supply Depot at St Omer, Pas de Calais. He remained in France until after the Armistice, only returning home on 2 February 1919. By this time he was probably already suffering from bronchial pneumonia, and he died just over a week later, on 9 February 1919, aged 41. His funeral was at St Aldates church on 13 February 1919, and he was buried in Osney Cemetery. The exact position of his grave is lost but he is commemorated on a special memorial (above).

Walter's oldest brother George lived in Chilswell Road and had a son, William, who was born in 1890/91. George died in Cowley Road Hospital in 1937, aged 74, and was buried in Osney Cemetery following a funeral at St Matthew’s church on 4th November.

Walter's older brother Arthur had a son, Arthur Phipps, who was also killed in the War.