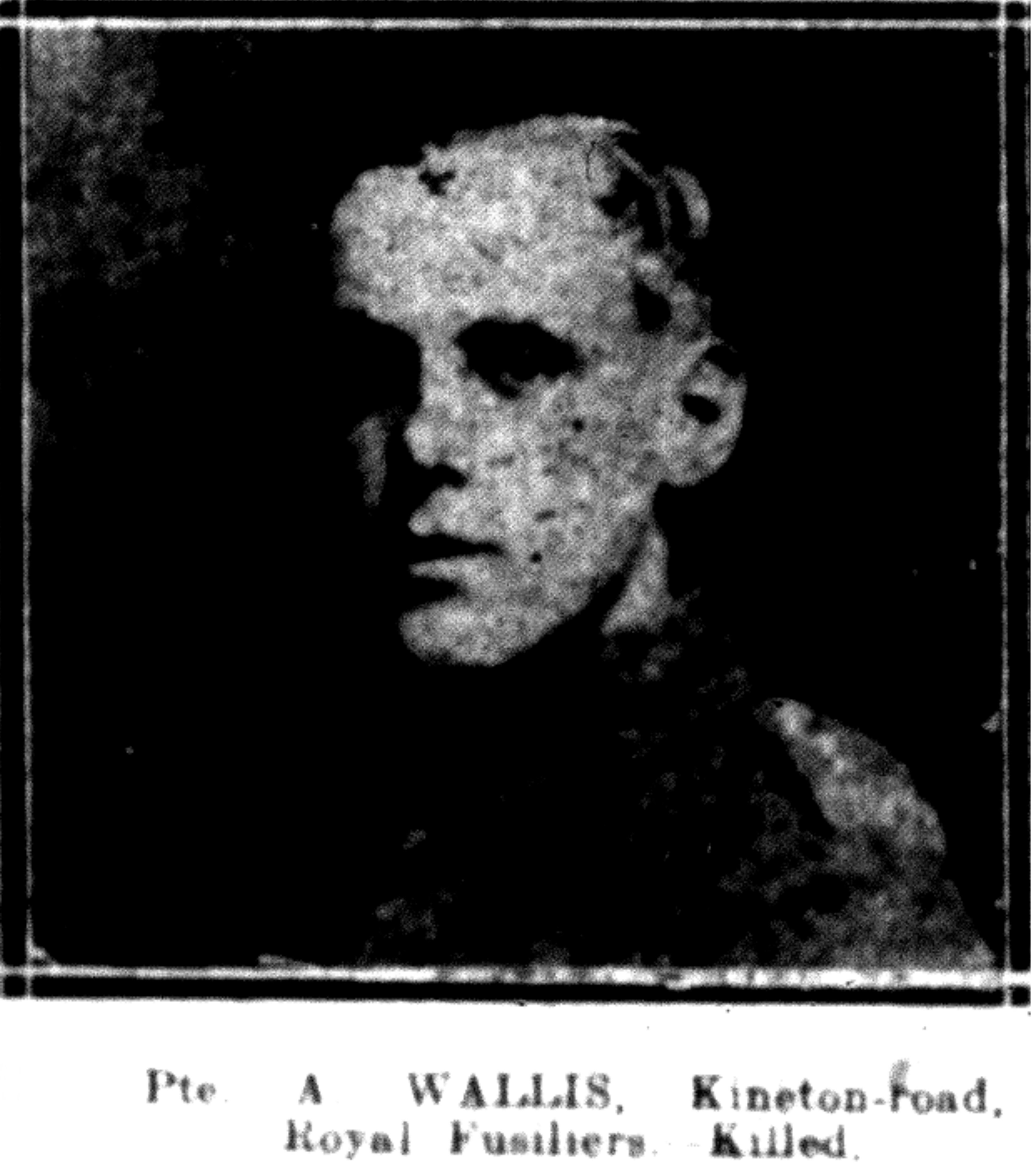 Arthur Wallis was born in late 1896 in Oxford. His father was William Wallis, originally a blacksmith but later a cycle-maker, who had been born in Penson's Gardens in St Ebbe's in Oxford in 1867. Arthur's mother was Mary Jane Wheeler Wallis, born in Oxford in 1869. Arthur had a younger sister, Florence May, who was born in 1898.

In 1901 the family was living at 27 Buckingham Street in Grandpont. Arthur and Florence's mother died in 1903, aged 33, when they were only six and four respectively. By 1906 William and the children had moved to 6 Kineton Road and they had a live-in domestic servant, 30-year-old Elizabeth Bateman, from Kidlington. It's not clear whether William ever remarried.

Next door at 4 Kineton Road was Arthur's uncle Thomas (William's brother), who was born in 1879 and who never married. Another uncle, Albert (born 1883), moved to 2 Kineton Road in 1912. His wife was Isabella (née Child) who had previously lived at 228 Marlborough Road; her grandfather was landlord of the Grapes in George Street for many years. All three Wallis brothers were cycle-makers. Nos. 2-24 Kineton Road had been built in 1901 by the well-known Oxford building firm of TH Kingerlee & Sons.

Arthur enlisted and became a Private with the 8th Battalion of the Royal Fusiliers, service no. 9683. He was sent to France and was killed on 7 October 1916, aged 19, whilst fighting with 12 Division in the Battle of Le Transloy, a phase of the Battle of the Somme. This period of the battle was marked by terrible weather in which the heavy, clinging, chalky mud and the freezing, flooded battlefield made conditions almost intolerable. His body was never recovered but he is named on the Thiepval Memorial. This is the memorial to the Missing of the Somme, which bears the names of more than 72,000 officers and men of the United Kingdom and South African forces who died in the Somme sector and have no known grave.

Between 1913 and 1919 Arthur's uncle Albert and his wife Isabella had three children - Margaret, Joan (who died of TB in 1942) and Kenneth. Albert later became a motorcycle engineer and a motor mechanic.

Arthur's sister Florence never married; she lived at 6 Kineton Road all her life and died in 1957, leaving her estate to her unmarried uncle Thomas who still lived at no. 4 next door.

Arthur Wallis was the third cousin of Arthur Dolley (they shared a great-great-grandfather, Charles Earl, who was born in Eynsham in 1779).