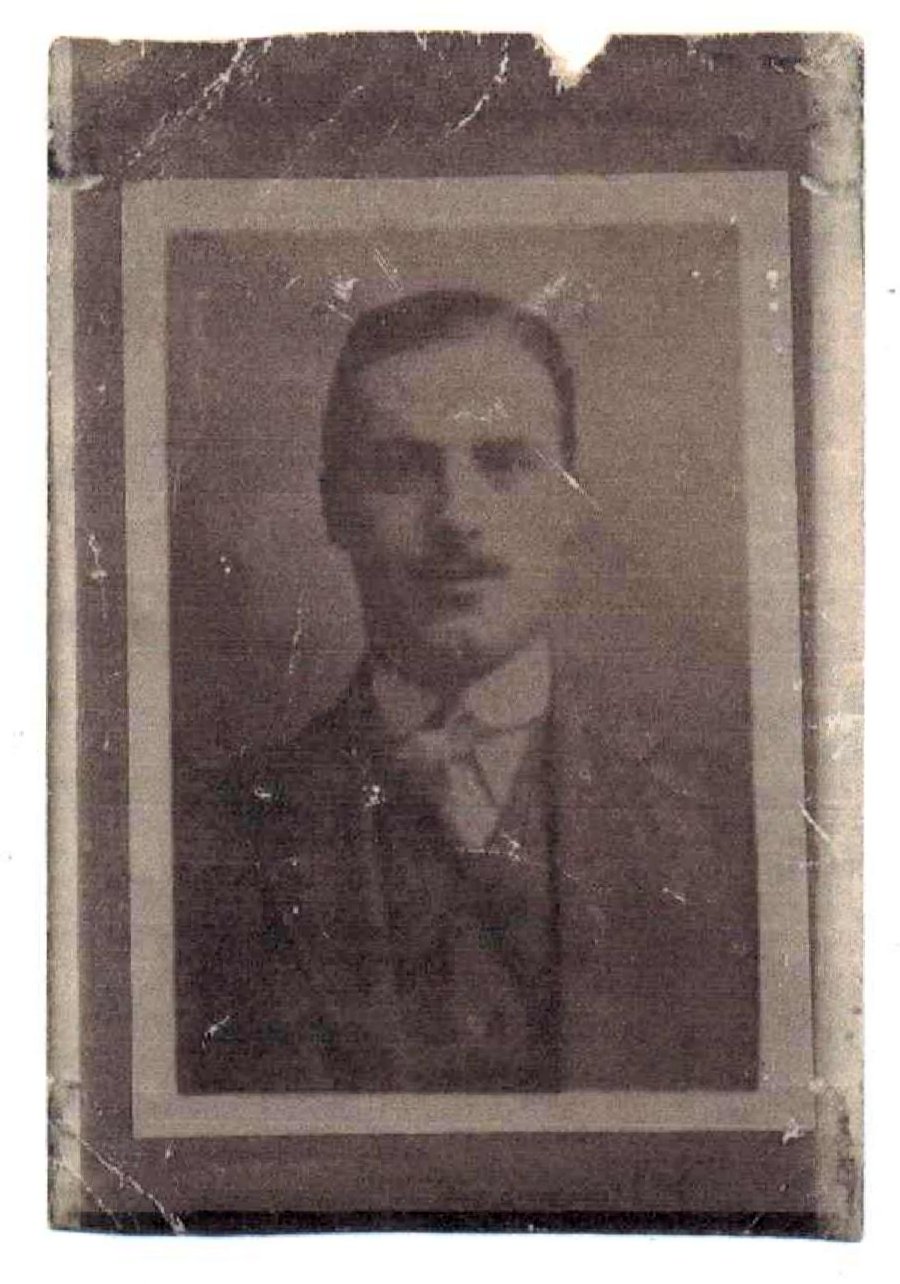 All her life, Arthur's sister Freda kept this photograph with the letter he wrote to her from the trenches just before he died. Image courtesy of Annabel Panting.

Arthur Dolley was born in early 1892 in Oxford, the oldest of the four children of George Henry and Maria Louise Dolley, both of whom had been born in Oxford in 1865/66. They were married in 1890/91. The Dolley family were prominent in Oxford and had for several generations been landlords of the Dolphin & Anchor pub at 43 St Aldates. Arthur's grandfather Thomas Dolley was a champion rower.

When Arthur was born his parents were living at 21 Western Road and his father George was a builder. His brother Leonard was born in 1893/4 and sister Bertha May (known as May) in April 1895. By 1901 the family had moved to 42 Chilswell Road, and George was a joiner-carpenter. A fourth child, Freda, was born in 1905/6, by which time the family was living at 78 Chilswell Road. By 1911 they had moved again, to 73 Abingdon Road, and were living with Arthur's grandmother Laura Sarah Dolley (who was 76); George had employment as a joiner boat builder with Salter's Steamers, the boat-building and hire firm based at Folly Bridge. Arthur was by this time a clerk at the nearby St Ebbe's gasworks and Leonard was a clerk in a house furnishers. May had left home, and was working as a domestic servant for a woman called Emily Carter at 67 Abingdon Road. Freda was still at school.

Arthur joined the army and became a Private with the 1/4 Battalion of the Oxf & Bucks Light Infantry, service no. 2649. The battalion was sent to France, and was one of the first British units in the Somme sector. Conditions were generally appalling, particularly during the winter, and trenches often collapsed without warning. On 30 November 1915 Arthur wrote to his younger sister Freda, who was ten, describing how bad the trenches were. Four days later, on 3 December 1915, he was killed in a trench collapse. He was 23. His death was reported three weeks later in the Oxford Journal Illustrated. He was buried at Hebuterne Military Cemetery, Pas-de-Calais, France.

Arthur's younger brother Leonard joined the Army Service Corps before the War and in September 1913 he was stationed at Aldershot (service no. S/7355). During the War he served with the Army Operations Centre, but survived.

Arthur's sister May married Alan Harrison, a clerk, in 1925, and their daughter Pauline was born later that year. They lived at 73 Abingdon Road with May's parents, though her father George died in 1926. Alan had also served in the War and had been gassed in 1918. He survived, but the effects of gas poisoning contributed to his early death in 1959 from ill health. Pauline and her daughter Jane lived with May at 73 Abingdon Road until May's death in April 1969, when she was almost 74.

Arthur Dolley was the third cousin of Arthur Wallis (they shared a great-great-grandfather, Charles Earl, who was born in Eynsham in 1779).

Looking north over Folly Bridge towards St Aldates in 1907. The Dolphin & Anchor pub is on the right, with a board advertising 'Hall's noted Ales & Stout' on the roof. Image © Oxfordshire History Centre, ref: D263879a. (Click image to close)

Extract from a letter written by Arthur Dolley to his younger sister Freda, 30 November 1915. Four days later he died in a trench collapse. By kind permission of Annabel Panting, Freda's granddaughter. (Click image to close)