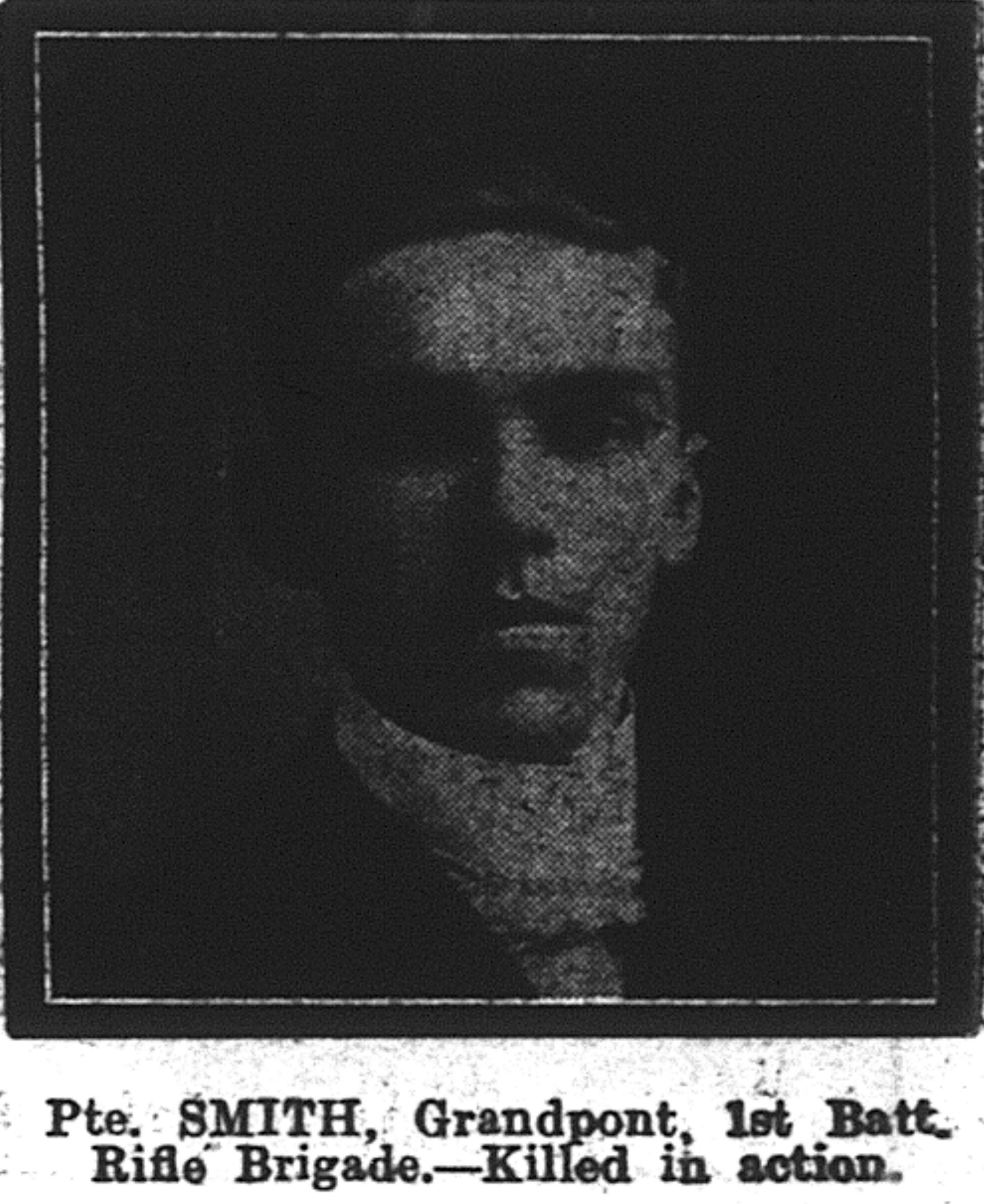 Edward Smith was born in early 1886, the eldest child of Edward and Charlotte Louisa Smith; he was the brother of John Smith. Edward senior had been born in Swindon in 1859/60 and was an ironmonger's assistant. Charlotte (née Saunders) had been born in Cheltenham in 1860/61 and the couple married in St James's church, Cheltenham, in June 1884. They moved to Oxford and settled at 57 Western Road. Here they had six children: Edward (born 1886), Harold (born 1887), John (1890), Maud (1892), Lottie (1894) and Alexandra (1902). Edward was given his mother's maiden name as his middle name. The three girls were baptised at St Matthew's church. Lottie and Alexandra died in childhood.

In 1901 Edward was working as an ironmonger's apprentice but by 1911 he had joined the army and was a cook in the Rifle Brigade, stationed at Winchester in Hampshire. His brothers Harold and John were still living at home; Harold was working as a grocer's assistant and John as a college servant at New College. Maud had left and may have been working as a nursemaid at 6 Northmoor Road in North Oxford. In 1914 or 1915 the Smith family moved from 57 Western Road to 102 Marlborough Road.

In the War Edward was a Rifleman with the 1st Battalion of the Rifle Brigade, service no. 2702. He was killed in Belgium on 4 November 1914, aged 29. This was during the Battle of Armentieres when the Germans attacked 11 Brigade within 4 Division. Strategically, both sides were attempting to outflank each other during the autumnal battles of 1914. These battles formed part of a phase often - but incorrectly - referred to as the ‘Race to the Sea.’

Edward was buried at Le Touquet Railway Crossing Cemetery, one of 24 of his battalion in this cemetery who lost their lives in the Battle of Armentieres.