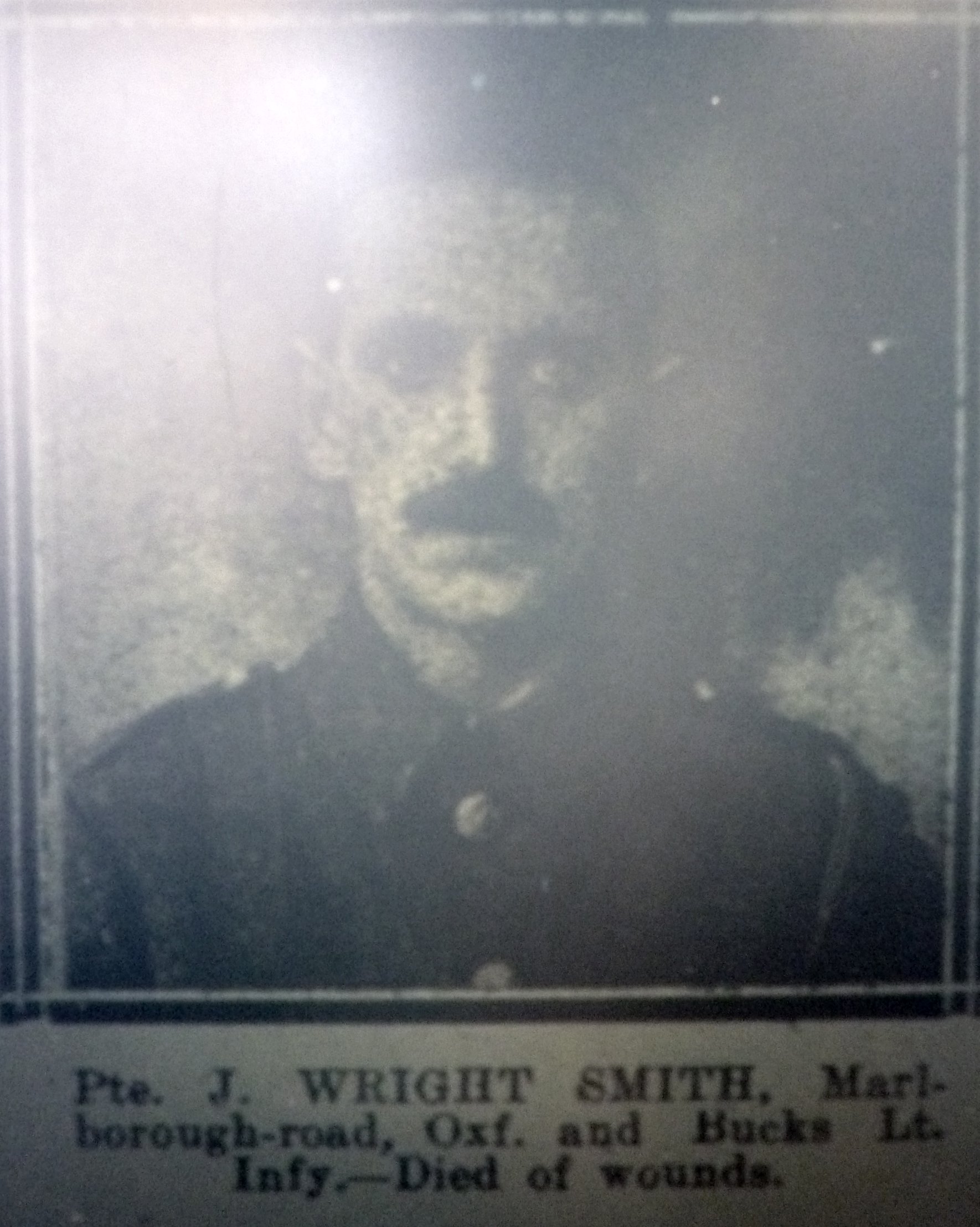 John Smith was born in Oxford in early 1890, the third of the six children of Edward and Charlotte Louisa Smith; he was the younger brother of Edward Smith. The children's father Edward had been born in Swindon in 1859/60 and was an ironmonger's assistant. Their mother Charlotte (née Saunders) had been born in Cheltenham in 1860/61 and the couple married in St James's church, Cheltenham, in June 1884. They moved to Oxford and settled at 57 Western Road in Grandpont. Here they had six children: Edward (born 1886), Harold (born 1887), John (1890), Maud (1892), Lottie (1894) and Alexandra (1902). The three girls were baptised at St Matthew's church. Lottie and Alexandra died in childhood.

In 1901 the eldest son Edward was working as an ironmonger's apprentice but by 1911 he had joined the army and was a cook in the Rifle Brigade, stationed at Winchester in Hampshire. His brothers Harold and John were still living at home; Harold was working as a grocer's assistant and from October 1913 John worked as a college servant at New College. Maud had left home and may have been working as a nursemaid at 6 Northmoor Road in North Oxford. In 1914 or 1915 the Smith family moved from 57 Western Road to 102 Marlborough Road.

John joined the 2/4 Battalion of the Oxf & Bucks Light Infantry in 1915 and was a Private, service no. 3619. This battalion had formed at Oxford in September 1914 as a second line unit of territorials (volunteers). Its members had not signed up to serve overseas and this remained their status until after conscription was introduced in 1916, when all single men of fighting age could be sent overseas whether they had agreed or not. The battalion landed in France on 24 May 1916 and moved to Laventie, the Allied support position for the fighting on the Somme. John died of wounds less than two months later, on 23 July 1916, aged 26, at Fromelles. The 2/4 Battalion had gone 'over the top' in support of the 2/1 Bucks Battalion on 19 July in a disastrous action known as the Battle of Fromelles – an attempt to pin the Germans opposite away from the Somme front. George Simpson was killed in this battle on 19 July. It is likely that John was wounded in this action, though his death may have been as a result of an incident on 18 July when a shell from British guns fell short, landing in their own trench and causing a gas cylinder to explode. The battalion lost 78 men.

John was buried at Aire Communal Cemetery, Pas de Calais, France, and he is named on New College's war memorial in Oxford.