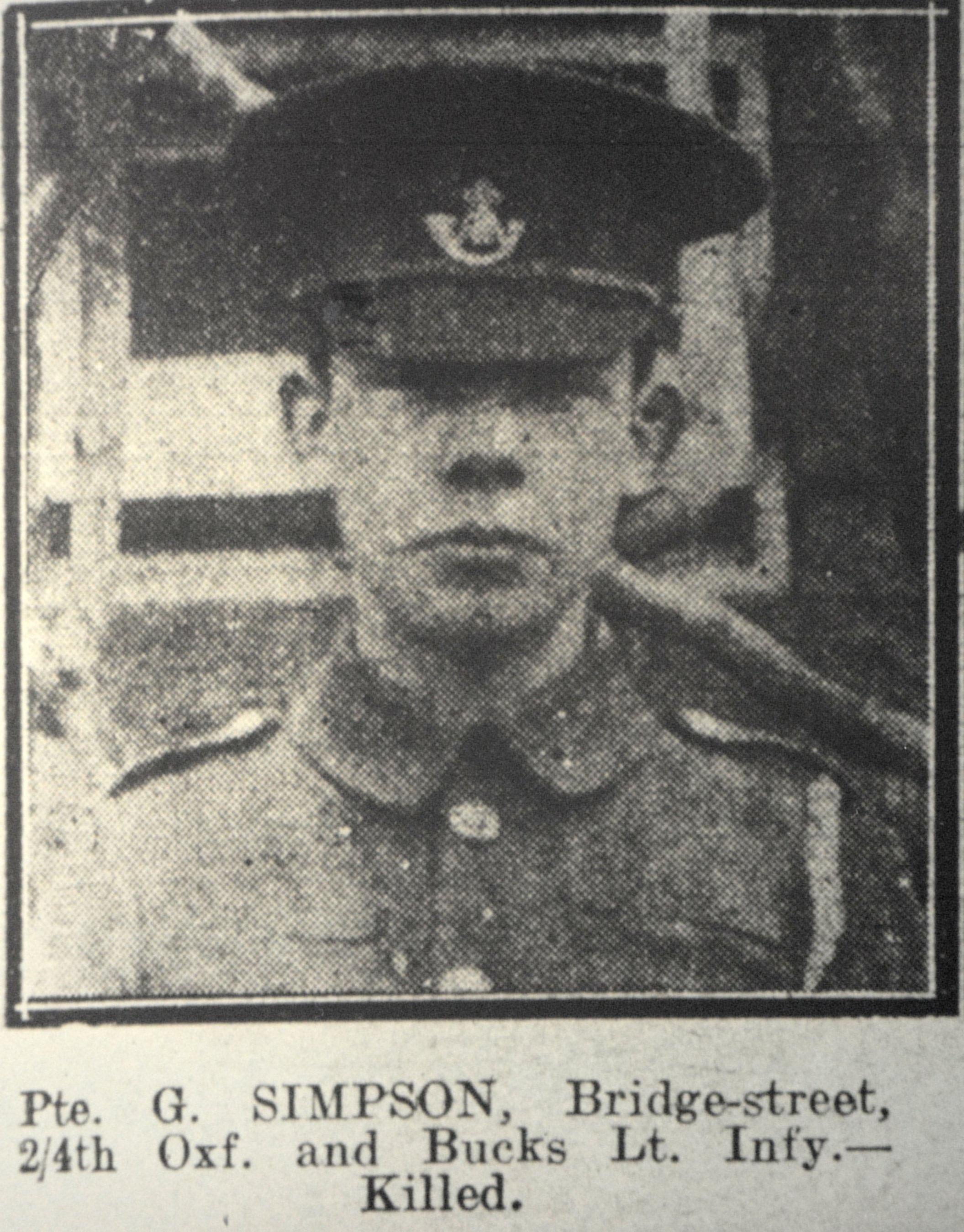 In 1911 George was working as a grocer's errand boy and his older sister Dorothy was working as a domestic servant and laundry maid. By 1913 the family had moved to Osney Island and were living at 105 Bridge Street. In 1915 they moved again, to 30 Marlborough Road in Grandpont.

George enlisted at Osney and was a Private in the 2/4 Battalion of the Oxf & Bucks Light Infantry (service no. 4317). This battalion had formed at Oxford in September 1914 as a second line unit of territorials (volunteers). Its members had not signed up to serve overseas and this remained their status until after conscription was introduced in 1916, when all single men of fighting age could be sent overseas whether they had agreed or not. The battalion landed in France on 24 May 1916 and moved to the Somme. George was killed less than two months later, on 19 July 1916, at the Battle of Fromelles, 50 miles north of the Somme. He was 20. On that day the 2/4 Battalion went over the top in support of the 1/1 Bucks Battalion in a disastrous attempt to keep the Germans opposite away from the Somme front. John Smith died of wounds in the same place four days later.

George was buried at Laventie Military Cemetery, La Gorgue, France. Because his family lived on Osney Island in the early part of the War, he is also commemorated on the St Frideswide's war memorial.

George's oldest brother James died in April 1914 and his younger sister Winifred died in September 1917. His older sister Dorothy married William Bailey and moved to Weirs Lane at the far southern end of the Abingdon Road. They had two sons, Robert and Joe. Robert had a son, also called Robert, who grew up on Weirs Lane but who now lives on Edith Road in Grandpont. George's other younger sister Olive, who worked as a kitchen maid, got married at St Matthew's church in September 1929, at the age of 19. Her husband was Ernest Whittington, aged 24, a labourer of 44 Thames Street, St Aldates. She died in Oxford in 1995. George's other siblings William and Joseph died in 1973 and 1995 respectively. Their mother Elizabeth had died in Oxford in 1945 and their father William in 1956.