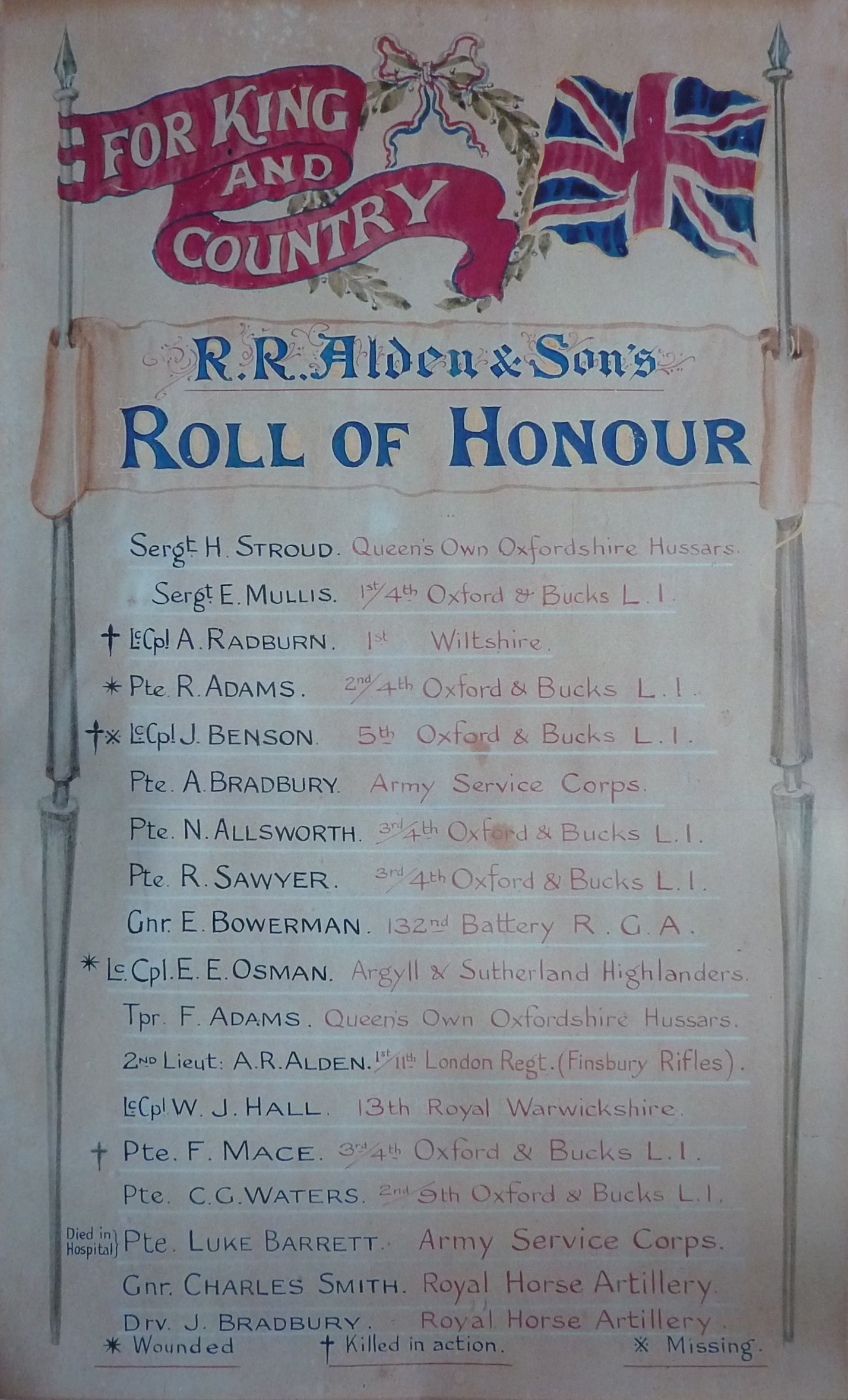 John (also known as Jack) Benson was born in April 1896 in Walworth, part of Southwark (then in Surrey, but now in London). He was the son of Charles Benson, who had been born in early 1866 in Bloxham, near Banbury, and Ada Louisa (née Dicker) who had been born in 1865 in Mile End in London. As a young man John's father Charles worked as a stableman but he later became a horse dealer, like his father (also Charles), his uncle (Ben Gibbard) and at least two of his brothers. Ada worked as a waitress; her father had been a coffee house keeper. Charles and Ada married in Clerkenwell in August 1894 and John was born three years later. He had a younger sister, Hilda Ada, who was born in early 1899.

In 1901 the family was living at 1 Theed Street, off Roupell Street in Lambeth, and John was a pupil at St Andrew's school, whose records describe him as a 'smart boy'. John and Hilda's mother Ada died in the spring of 1904, aged 39, when the children were only seven and five. In 1907, when he was 11, John went on to West Square School in Southwark. In 1911 the family were still living at 1 Theed Street, and John and Hilda's widowed aunt Elizabeth Shaw and her son William (John and Hilda's cousin) were living with them.

John moved to Oxford between 1911 and 1914 to work for the butchers RR Alden & Son, who were based at Eastwyke Farm on the Abingdon Road. His address is unknown, but it's possible that he lodged at the farm, because he was related to the Alden family: his uncle John Benson (a horse dealer who lived at Dunmore Farm, Abingdon), was married to Nellie (née Lowe); her sister Dorothy was married to Robert Alden who was the head of the company (and the grandfather of the current Managing Director, Matthew Alden).

John enlisted in Oxford and joined the 5th Battalion of the Oxf & Bucks Light Infantry and became a Lance Corporal, service no. 10594. This battalion was formed in August 1914 in response to Lord Kitchener's call for 100,000 volunteers to join the army soon after War broke out. The battalion landed at Boulogne in May 1915. John was killed on 25 September 1915, aged 19, whilst taking part in the assault on Bellewaarde Farm, east of Ypres. This was a subsidiary attack in support of the Battle of Loos which began in Artois that day. His body was never recovered, but he is commemorated on the Menin Gate at Ypres.

John was one of 18 employees of RR Alden's who went to fight, three of whom died. They are all commemorated on the company's Roll of Honour.

With thanks to Matthew Alden for additional information and for permission to reproduce Alden's Roll of Honour.