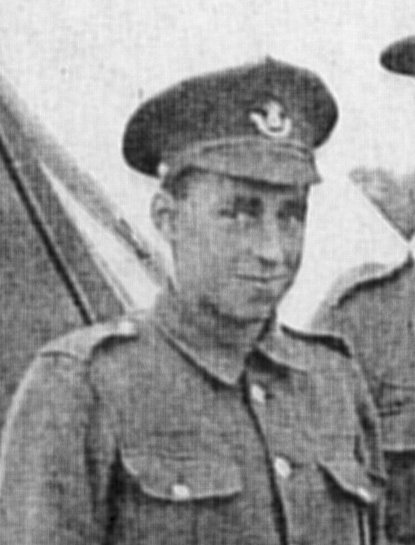 Percy Collinson was born in the summer of 1893 in the parish of St Peter le Bailey, in the centre of Oxford. His father was Alfred David Collinson (born 1863/64 in St Ebbe's), a house painter who also worked as a painter for Salter's Steamers, the boat-building and hire company based at Folly Bridge. Percy's mother was Julia Jane Collinson (born in 1860/61 in Heath, Hertfordshire). His parents had married in 1888/89 and by 1911 they had had six children, only three of whom were still alive. These were Percy (now aged 17 and an apprentice plumber), his older sister Edith (born 1889/90), and his younger sister Ellen (born 1897/98). Percy had been educated at the City Technical School in St Ebbe's (which later became Oxford Polytechnic, now Oxford Brookes University). He was also an active member of the Oxford YMCA where he took part in football, cricket and rowing, as well as in debates and chess matches. He was in the YWCA Football Club 2nd XI.

The family had lived at 5 Frederick Place, off Castle Street, since before 1901, but in 1913 they moved to 33 Newton Road in Grandpont.

Percy enlisted with the Oxf & Bucks Light Infantry at the outbreak of War and joined the 2/4 Battalion. This battalion had formed at Oxford in September 1914 as a second line unit of territorials (volunteers). He and Arthur Belcher were billeted together in Essex. Percy was sent to France in 1915 having been attached to a Machine Gun Section. In June 1917 he was seriously ill with pleurisy, and was for several months in hospital in Scotland. In April 1918 he was transferred to the Sherwood Foresters and returned to the front. In May the Oxford Chronicle reported that he had been struck on the left side of the neck by a sniper’s bullet, causing a superficial wound. In late August 1918 Percy was transferred to the 7th Battalion of the King's Shropshire Light Infantry (service no. 204853). A few days later, on 2 September 1918, he was fighting in the Second Battle of the Somme, during a phase called the Second Battle of Bapaume, in which a demoralised and weakened German Army was being driven back. Percy was endeavouring to rescue a wounded comrade, whose injuries he had dressed and who he was carrying to the British lines, when both were killed by enemy machine gun fire. Percy was 24. He was buried at Vraucourt Copse Cemetery, Vaulx-Vraucourt, Pas-de-Calais, France.

Percy's obituary in the Oxford Chronicle on 20 September 1918 described him as having an "extremely bright and happy disposition" and as being "a general favourite". Two weeks later the paper published this photograph of him.

Percy's father Alfred died in 1922 (in the public library, then in the Town Hall on St Aldates). A year later his older sister Edith married a baker, Edward Hulcoop, at St Matthew's church; they had two sons, Edward (who became a boat builder) and Percy (named after his uncle; he became a cabinet maker). Percy's younger sister Ellen married a man named John Walker. Their mother Julia died in 1939.

Because he was born in the parish of St Peter le Bailey, Percy is also named on the St Peter le Bailey war memorial. This church, on New Inn Hall Street, is now the chapel of St Peter's College. James Prestidge is also named on its memorial. Percy is also commemorated on the war memorial of the Roman Catholic church of St Aloysius on the Woodstock Road, with the initials 'KBS' after his name. These almost certainly mean 'Knight of the Blessed Sacrament' – not an order of chivalry but a pious association, mostly for young people, with a particular emphasis on receiving Holy Communion regularly. This suggests that Percy was a devout Catholic and that although he lived in the parish of St Matthew in Grandpont, he attended church at St Aloysius. However, apart from Percy, all of his siblings were baptised at St Peter le Bailey church, which suggests that during the later years of the 1880s, and until the turn of the century at least, the Collinson family were (if in name only) members of the Church of England.

With thanks to Barry Burnham and to Father Jerome Bertram of the Oxford Oratory (St Aloysius) for additional information.