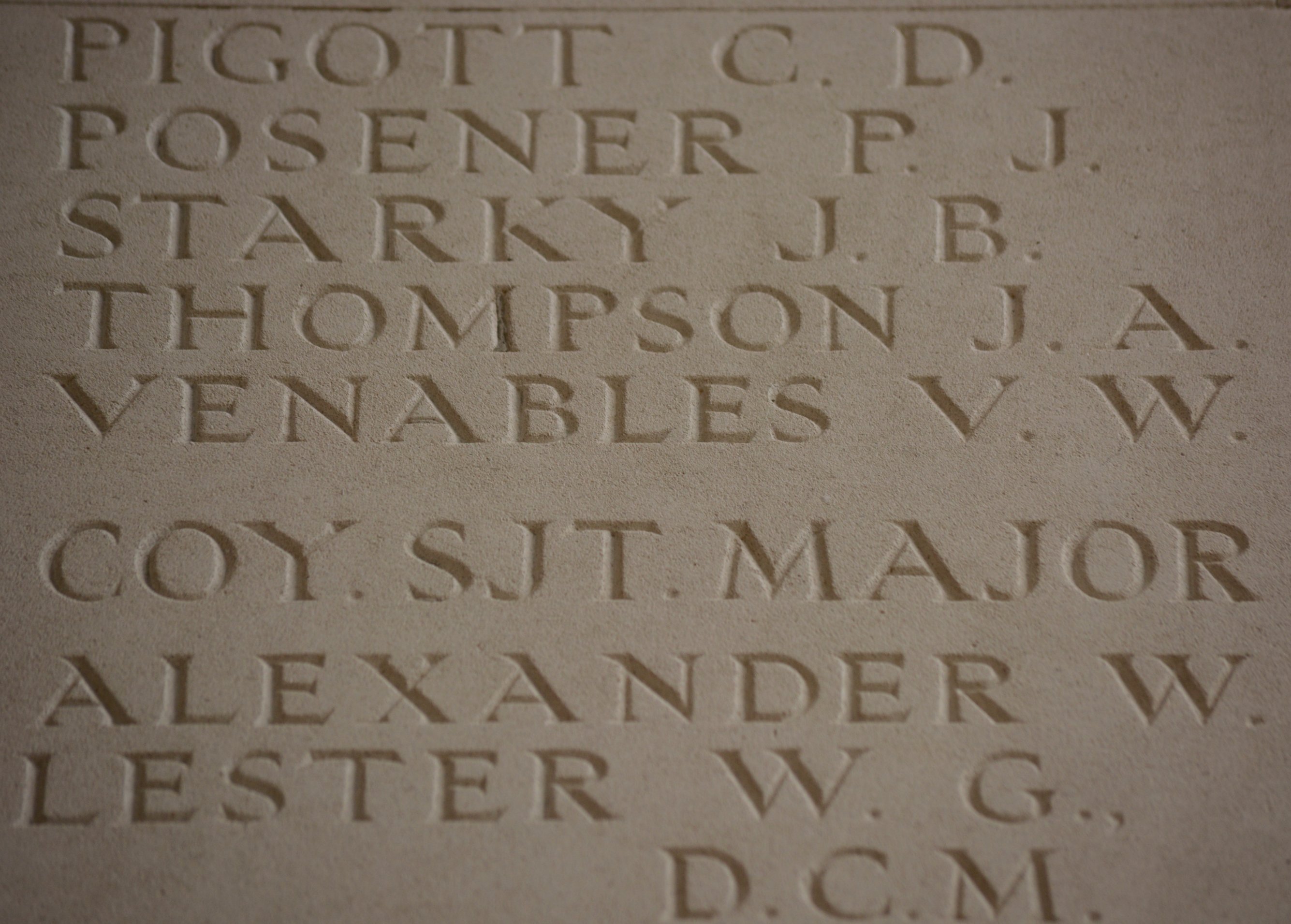 Vernon Venables was born in New Hinksey in Oxford on 15 August 1893, the son of (Basil) Richard and Frances Annie Venables. Richard had been born in Oxford in 1853/54 and grew up at 99 St Aldates; Frances (née Wilson) was the same age and had been born in Nottingham. They married in Nottingham in December 1875 and lived in Tamworth in Warwickshire, where at least two of their seven children were born: Horace (born 1876/77) and Frances Mary (or May, 1880/81). Richard had his own business as a tailor and woollen draper employing four men, and in 1881 they had a 16-year-old live-in servant, Jane Jackson, who was from Staffordshire.

The family moved to Oxford and by 1889 they were living at the Elms at 158 Abingdon Road (on the corner of Lake Street), a house previously occupied by Richard's parents, John Venables, a gunmaker, and his wife Ann. A daughter, Kathleen Norah, was born to Richard and Frances in 1891/92 and Vernon followed in 1893. Another son, John Richard, was born in May 1896 (when his parents were both 43, and twenty years after their first son Horace) and baptised at St Matthew's church. However, John appears to have died before 1911, as had two other siblings (who were probably born between Frances and Kathleen).

In 1901 the family had two live-in mother's helps, Florence Constable, aged 30 and from Lechlade in Gloucestershire, and Eva Mansell, aged 18 and from Barnard Gate near Witney. Richard, the head of the household, was described in the census as 'living on own means', in other words, he had a private income or a pension, and no longer needed to work. Vernon's older brother Horace (now 24) was working as a jeweller's assistant, possibly for Alfred Ballard, a watchmaker, optician and jeweller's agent, who lived at 118 Abingdon Road, the nearest house to the Venables' at that time.

In January 1909 Vernon became a pupil at the City of Oxford Boys’ High School in George Street where he was a contemporary of Albert Lucas. He left in March 1911, when he was sixteen, to start work in an architect's office. He and his family were still at the Elms, with a live-in domestic servant, Ada Fletcher, aged 21 and from Steventon (between Abingdon and Didcot). Vernon's eldest brother Horace had left home and was lodging in Blackpool and working as an assistant in a jeweller’s shop.

When Vernon enlisted on 4 November 1914 he was initially an Acting Seaman with the 63rd (Royal Naval) Division (service no. Z/720), a land-based division of the Navy. He later became an Able Seaman with the Hawke Battalion of the Royal Naval Division and was stationed at Blandford Camp in Dorset. In January 1916 he was transferred to the 3rd Battalion (attached to the 2nd Battalion) of the Duke of Edinburgh's (Wiltshire) Regiment as a Second Lieutenant. His army records describe him as being 5' 7" tall, with a 36" chest, brown hair, blue eyes and a dark complexion. He had a scar from an operation on his neck.

Vernon served in Gallipoli in Turkey for five months, and at Mudros in Greece. He suffered frequent bouts of illness and hospitalisation. He was sent to France and was wounded and reported missing on 18 October 1916, aged 23, at the Somme. It's likely that he received his wound whilst fighting in the Battle of Le Transloy with 30 Division, a phase of the Battle of the Somme. This period of the battle was marked by terrible weather in which the heavy, clinging, chalky mud and the freezing, flooded battlefield made conditions horrendous.

Vernon's family made enquires as to his whereabouts, hoping that he might have been taken prisoner. However, neither he nor his body were ever found and in July 1917 the War Office wrote to Vernon's father saying that he must be presumed to have died on 18 October 1916. His effects of £41 9s 11d were sent to his family.

Vernon is named on the Thiepval Memorial. This is the memorial to the Missing of the Somme, which bears the names of more than 72,000 officers and men of the United Kingdom and South African forces who died in the Somme sector and have no known grave. Vernon is also commemorated on the City of Oxford Boys’ High School's war memorial, together with his class mate Albert Lucas, two of Lawrence of Arabia's brothers, and 56 other former pupils who died in the War.

Vernon's brother Horace had moved to Guilford by the end of the War. Both his parents died in Bournemouth: his father Richard in March 1935, aged 81, and his mother Frances in June 1946, aged 92.