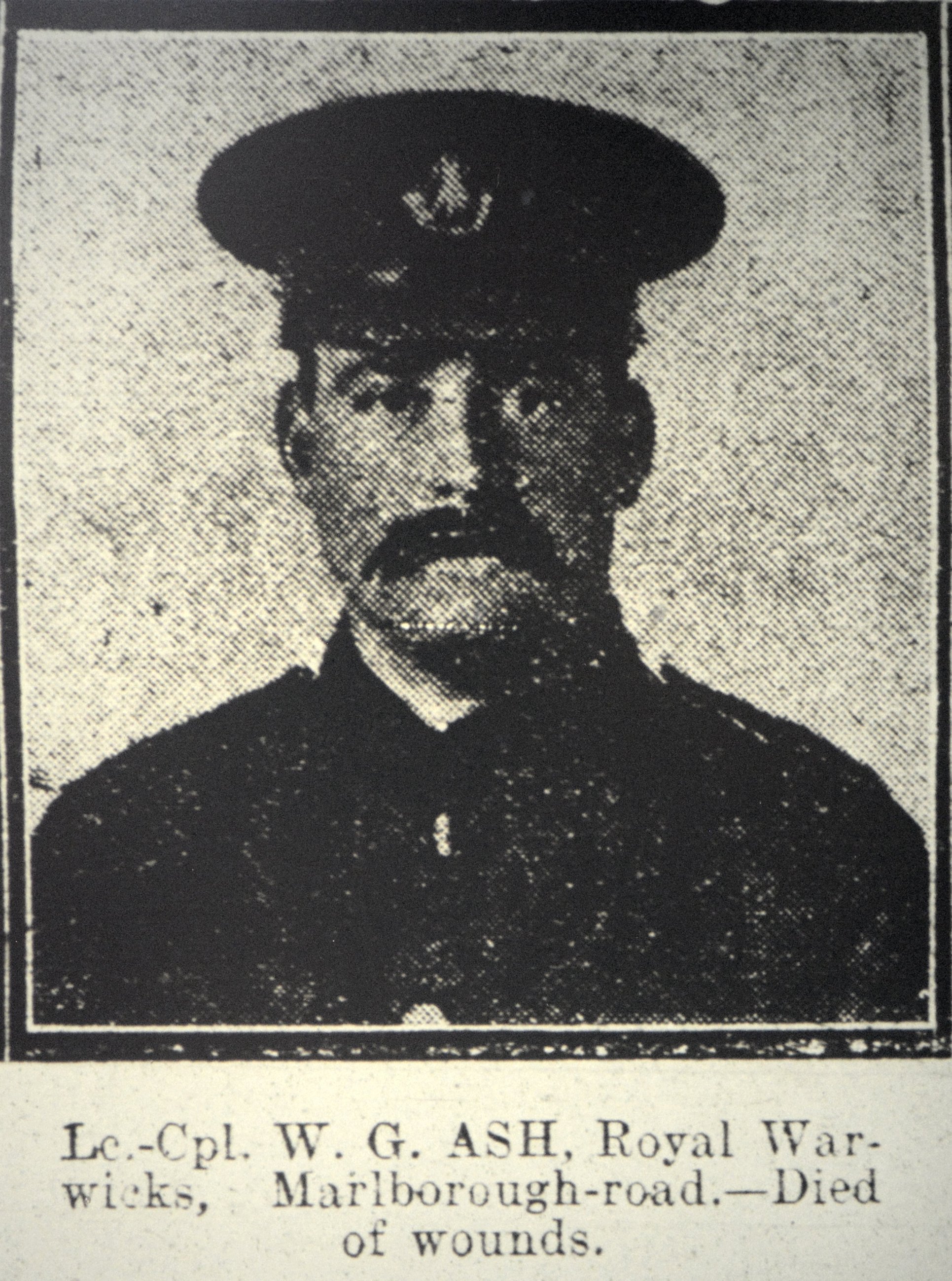 On 22 December 1915, when he was 25, William married Emily Louisa Edgington at St Peter’s church in Cassington. Emily had been working as a live-in cook for a physician, Alexander Gibson, and his family, at 46 St Giles in Oxford. However she came originally from Cassington near Witney, and in 1901 had been living with her widowed mother (who was working as a charwoman) in a house on the estate of the Court at Cassington, together with her two brothers William and Herbert.

William enlisted and became a Lance Corporal with the 2nd Battalion of the Royal Warwickshire Regiment, service no. 29968. He was mortally wounded on 11 May 1917 whilst taking part in the Second Battle of Bullecourt, a flanking operation to the Battles of Arras which involved the first assaults on the Hindenburg Line. He was 27. He was buried at the Achiet-le-Grand Communal Cemetery Extension, Pas de Calais, France. At the request of his wife Emily his gravestone was inscribed with the words ‘Faithful unto Death’.

Emily returned to live at the Court at Cassington after William died, and he is also remembered on the war memorial in Cassington.

Emily lost not only her husband William in the War, but also, 11 months later, her brother Herbert, who was a Private with the 8th Battalion of the Somerset Light Infantry (service no. 265573). He died on 5 April 1918, aged 26, in France. It seems that Emily never remarried nor had any children; she died in the Witney area in 1942 aged 54.

William's younger brother Percy Charles Ash also fought in the war, but survived. He was a Private with the 2nd Battalion of the Ox & Bucks Light Infantry. Percy and his oldest brother Jack married two sisters.

Although retired, William's father Thomas was in the police reserve during the War. He and his wife Mary continued to live at 164 Marlborough Road; she died in 1923, aged 68, and he died in January 1935, aged 77. His funeral was reported in The Oxford Times.

With thanks to Lee Bishop, great great nephew of William Ash.