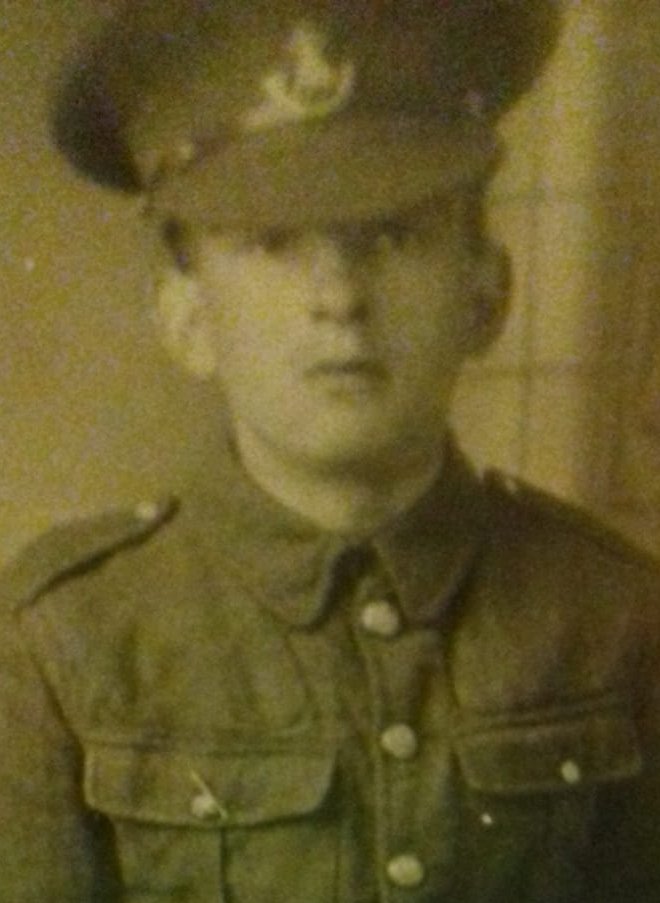 Something of a mystery: William Ash had a younger brother called Percy Charles Ash who was a porter in a boot shop and who fought in the War. He was an army cook - a Private with the 2nd Battalion of the Oxf & Bucks Light Infantry, service no. 18856. However, Percy survived, moved to Leamington Spa, became a psychiatric prison nurse, got married and had a daughter, and lived until 1966. Hence he shouldn't be on the St Matthew's First World War memorial!

However, there are only two men called 'P Ash' in the Commonwealth War Graves Commission records of those who died in the War, and one was from Scotland, the other from Newcastle. There are none called 'PC Ash'. There are 14 men called 'C Ash' but none of them seem to have any connection with Oxford either. There are no other Ash families listed in or around Grandpont in the Oxford electoral registers for this period, nor in contemporary street directories (in fact there is only one other Ash in Oxford between 1910 and 1922 - Walter Ash (and then his widow) living in Kingston Road in North Oxford, from 1910 to 1914).

Extensive research into this conundrum by professional genealogist Dr Jenny Swanson has concluded that the name 'PC Ash' was almost certainly included on the St Matthew's war memorial in error. This could be because:

Given that we have not come across references to any other local men named 'Ash' who died in the War, (ii.) and (iii.) seem unlikely. In fact we have not come across references to any other Grandpont men who died in the War and are not commemorated on the memorial, apart from Arthur Cross and Walter Tyrrell. Hence (iv.) seems unlikely. However, it is just possible that a mis-reading of a hand-written list of names at the time that the memorial was being designed led to 'A CROSS' being replaced with 'PC ASH' i.e. (v.). The other most likely scenarios seem to be (i.) - though we know that Percy Charles Ash, and his father Thomas, appear in the 1918 electoral register, and were therefore not 'missing' at that point - or (v.), that the name 'PC Ash' was included as a complete error where no name should be. Given that we have not been able to find any records, in the church archives or elsewhere, of the war memorial being commissioned or erected, we may never know the truth.

With many thanks to Dr Jenny Swanson for extensive research on this topic, and with thanks to Lee Bishop, great grandson of Percy Ash, for further information.