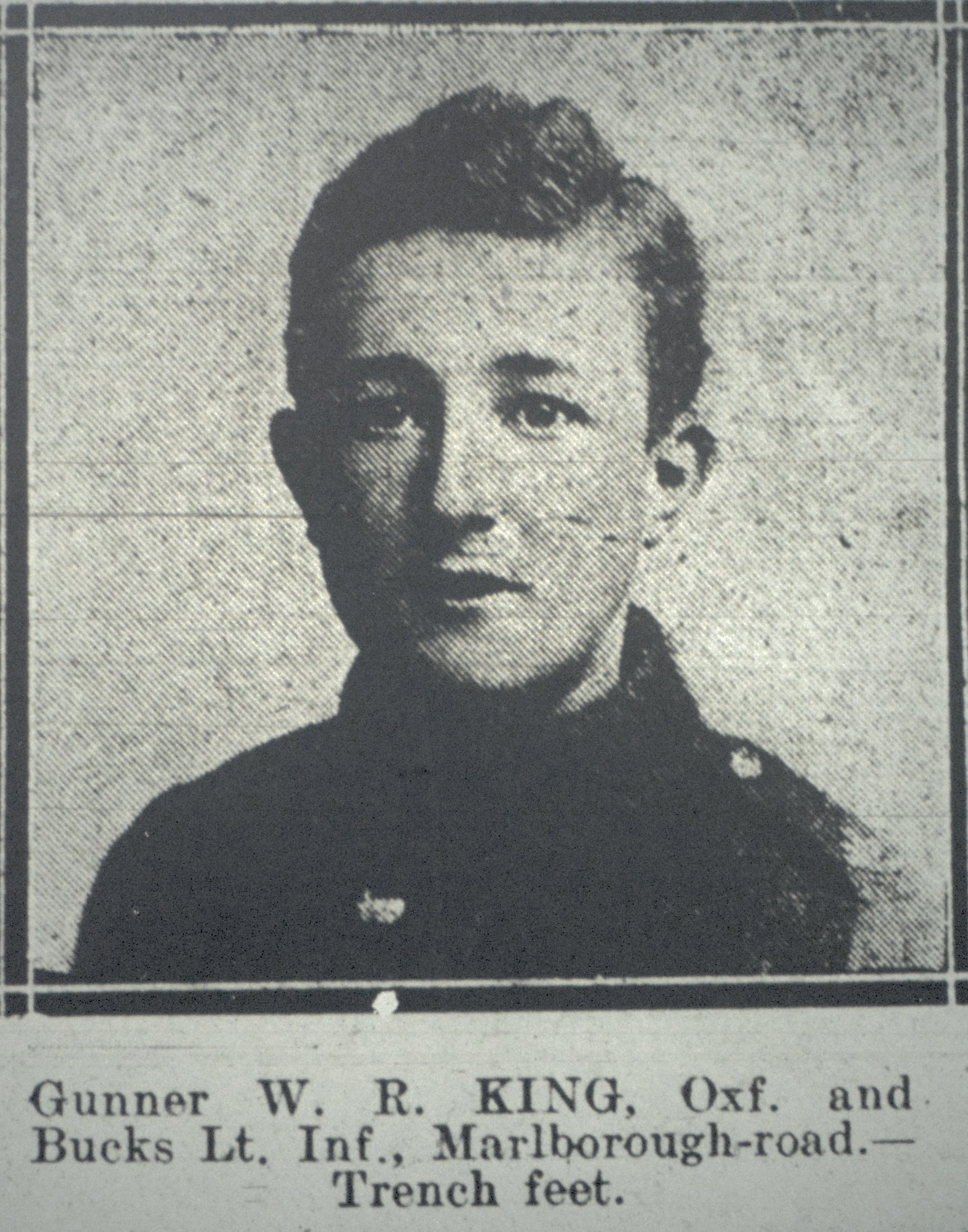 William (sometimes recorded as Reginald) King was born at 64 St Aldates Street, Oxford, on 29 December 1897, and baptised at St Aldates church on 16 February the following year. His mother was Rose Agnes King (née Saunders), born in Summertown in 1876/77. His father was William George King, born in Oxford in the summer of 1874. The couple were married in the autumn of 1896 and William was their only child.

In 1901 the family was living at 64 St Aldates and William senior was working as a grocer's manager. William junior attended the Central Boys' School in Gloucester Green. By 1911 he and his parents had moved to 60 Marlborough Road in Grandpont, but William's father died early the following year, aged only 37.

William joined the 5th Battalion of the Oxf & Bucks Light Infantry as a Private, service no. 200381. This battalion was formed at Oxford in August 1914 in response to Lord Kitchener's call for 100,000 volunteers to join the army soon after war broke out. The battalion landed at Boulogne in May 1915 and moved to the Somme on 7 August 1916.

In January 1917 it was reported in the Oxford Journal Illustrated that William was suffering from trench foot. In March 1917 the German armies abandoned the Somme battlefields and took up a new position in what became known as the Hindenberg Line, approximately twenty miles further east. In September 1917 William was gassed. In February 1918 the 5th Oxf & Bucks were sitting in a defensive position south-west of St Quentin and William was killed there on 3 February 1918, aged 20. The large scale counter offensives which his battalion had been waiting for came on 21 March.

William was buried in the Grand-Seraucourt British Cemetery at Aisne. His effects of £314 3s 9d were returned to his mother Rose. As well as being named on the St Matthew's war memorial, there is a special marble memorial to William on the northern wall of the church. Its design is identical to that of a nearby memorial to (Charles) George Tyrrell. William is also commemorated on the First World War memorial of the Central Boys' School, which is now housed in the library of Oxford Spires Academy in East Oxford.