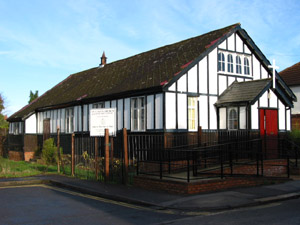 St Luke's opened in 1933 as a mission hall for the area of Cold Harbour (or Weirs Lane), under the patronage of St Matthew's Church, Marlborough Road. The Revd (later Canon) Stather-Hunt (1896-1979), who was vicar of St Matthew's from 1929 to 1975, set up a Boys' Brigade at St Matthew's in 1929, which soon attracted large numbers of children from all over the area. St Luke's was founded partly to give the boys from the Weir's Lane area a Sunday school of their own.

Revd Stather-Hunt led the fundraising and organised the building of the church.  A fundraising committee was set up in June 1930 and St Matthew's agreed to contribute at least £250. The total cost of the building was to be £1,100; fundraising was by means of sales of work, lenten boxes, collections in church and special grants. A piece of land 87 feet deep and with a frontage of 77 feet to Canning Crescent was leased from Oxford City Council at £20 a year for 21 years, commencing 29 September 1930. The fundraising took longer than expected but a grant of £400 was received in early 1933 taking the total raised up to £720. The Parochial Church Council noted that the rent on the land had already been paid for over two years, so it was decided to carry out a special door-to-door appeal to try to raise the remainder required so that building could begin.

In May 1933 a special emergency meeting of the PCC was held to discuss an offer by the chosen contractors (William Harbrow Ltd, of 214 Rotherhithe New Road, London SE16) to reduce the original estimate by £100 on condition that the work began immediately, '... owing at the moment to favourable markets for the purchase of building materials.' As the amount collected had now reached £844, it was decided to proceed and a special committee was formed to deal with the practicalities of the building work. Work began on 12 July 1933, a licence to erect a temporary building having originally been issued by the City Surveyor on 2 May 1931. The plans showed all the external walls covered with asbestos sheeting, but the builder requested, and was granted, permission to substitute creosoted weatherboarding up to sill height because it was considered more durable and to give an improved appearance. The walls were timber framed, with asbestos lining, the dado to be matchboarded. The roof was asbestos tiling on boarding. The architect's plan has been framed and hangs in the church.

The church was opened on St Luke's Day, 18 October 1933. The PCC meeting of 9 November 1933 praised: '...the amount of work and the success obtained by the vicar in making St Luke's opening day possible and that no other vicar could have accomplished a better result to his efforts than our present vicar the Revd DK Stather-Hunt.' The pulpit and holy table came from St Matthew's, which had received a new pulpit from Stather-Hunt's father's church in London, and a new table from St Peter le Bailey church in Oxford. The pulpits were swapped in 2004, so that the one in St Matthew's is now its original one, and the one in St Luke's was the one from London.

In 2013-14 St Luke's was completely refurbished, and a new building erected outside the old one (which could not be demolished because of the large amount of asbestos that it contained). During refurbishment the 'London' pulpit was put on Freecycle and is now installed in a house in Poland. 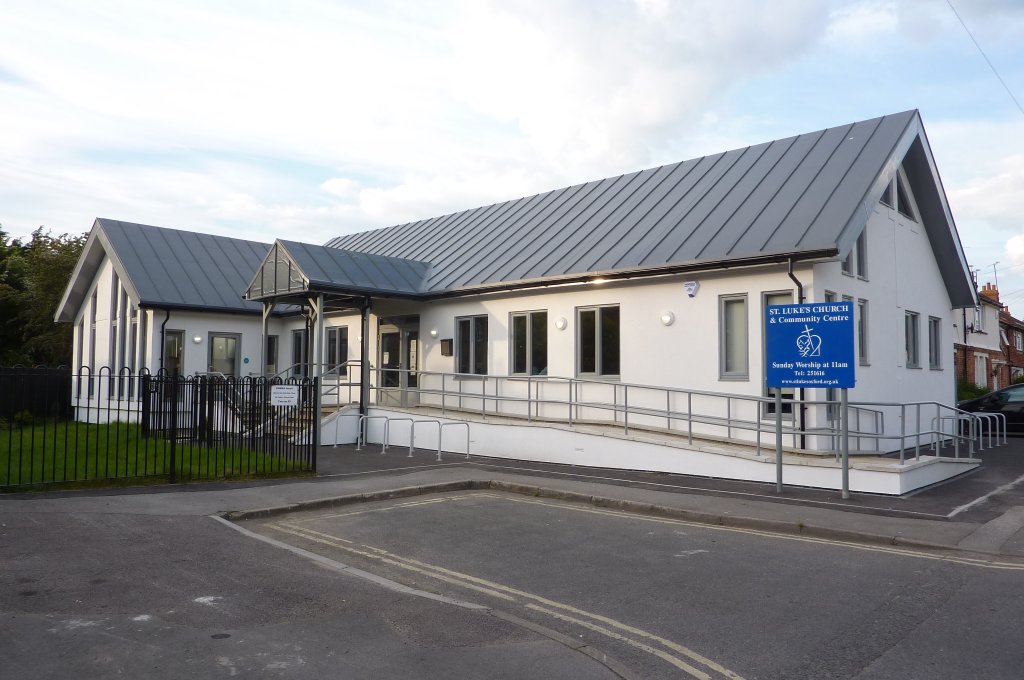 St Luke's in 2014 soon after it re-opened following a full refurbishment.

Unusually for a church, St Luke's is orientated north-south, with the altar table at the southern end, though prior to the recent refurbishment it was at the northern end. The building is unconsecrated, though licensed for public worship.