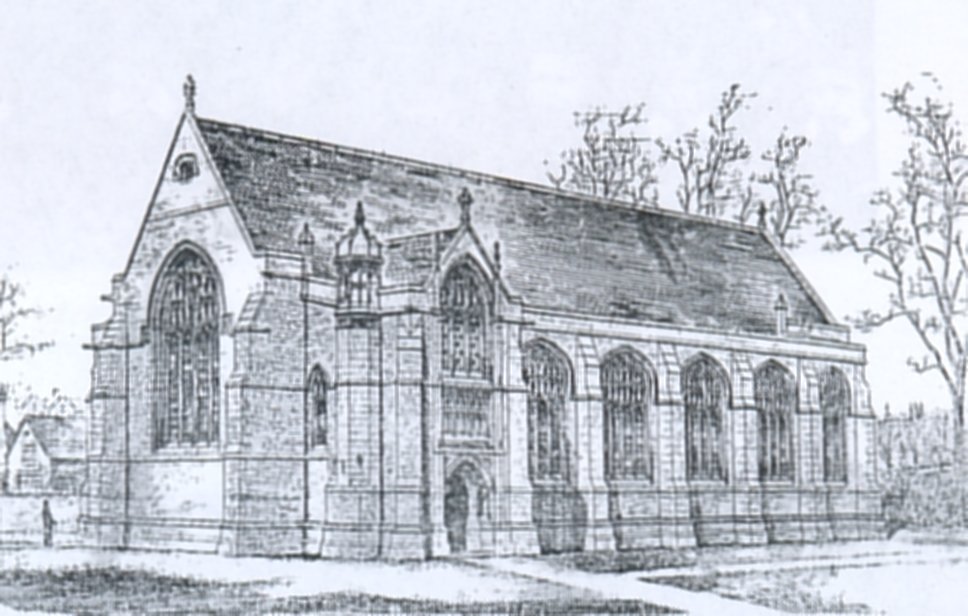 St Matthew's was built in 1890 as a daughter church of St Aldates. The vicar of St Aldates, Canon AMW Christopher, led the project to build the church in the newly-developing suburb of Grandpont. The land was donated by Brasenose College and the church was designed by the architects JT Christopher and EE White of London, in 15th-century Gothic style. (JT Christopher had carried out work on St Aldates Church in the 1860s and '70s.) St Matthew's was built by long-established Oxford building firm Symm & Co and the total cost was £6,520. There is a porch over what was originally the main entrance door on the southern side of the building. The majority of churches in Oxford in the Victorian period were Anglo-Catholic (or High Church) but St Matthew's, like St Aldates, was (and continues to be) Evangelical. St Matthew's became a separate parish in 1913.

St Matthew's houses a number of interesting memorials including one to James Paintin, who was Steward to the Captain of the Titanic and lost his life when the ship sank in April 1912. He was born and brought up in St Ebbe's and at the time of the tragedy his parents lived at 52 Marlborough Road. You can read his story here, and about a letter he wrote to his parents shortly before the disaster here.

Another memorial is to the 66 Grandpont men who were killed in the First World War. During the centenary commemoration period in 2014-2018 a local research project found out about the lives of these 66 men and produced a film and an exhibition about them. A wooden rood screen, another First World War memorial, used to separate the chancel from the nave but now sits at the western end of the church.

St Matthew's had a lively Boys' Brigade and Girls' Brigade, initiated by Revd David Stather-Hunt, vicar of St Matthew's from 1929 to 1975.

St Luke's in Canning Crescent is a daughter church of St Matthew's; it opened in 1933 to serve the district of Weir's Lane.