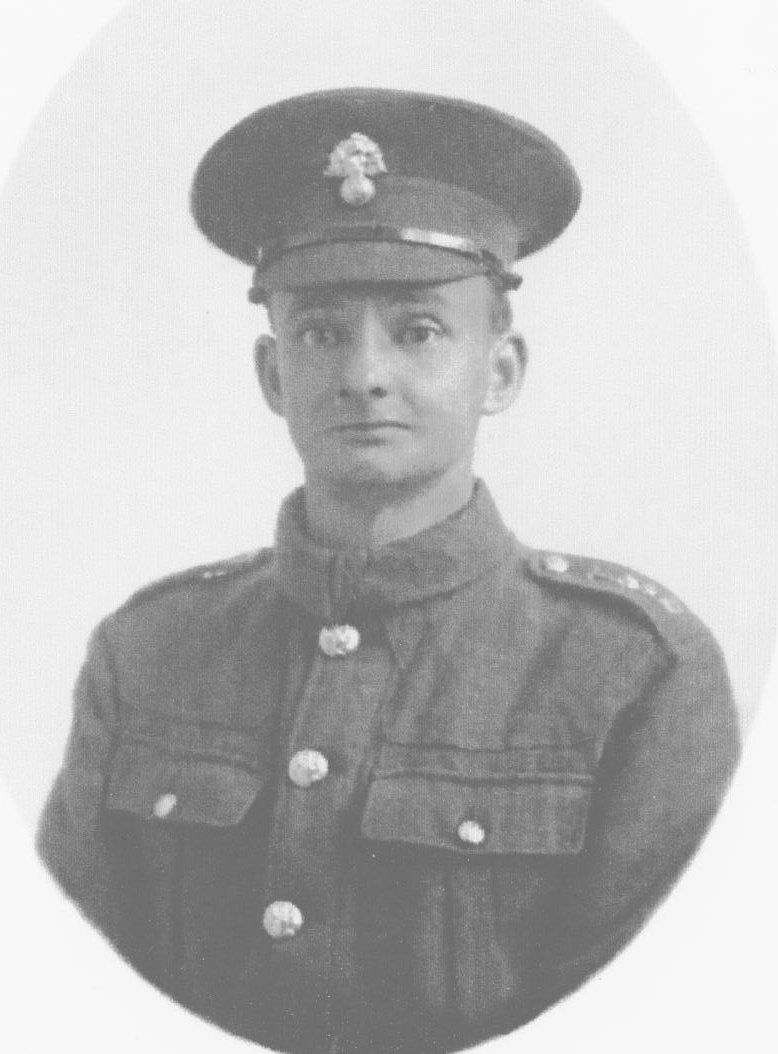 Albert Margetts was born in April 1890 in Holy Trinity, the parish just to the north-west of St Matthew's. His father was Daniel Nathaniel Margetts, a general labourer and later a sawyer, born in Holy Trinity parish in September 1860. His mother was Emma, née Bossom, born in Holy Trinity in 1865. Daniel and Emma's families lived near eachother on Nelson Street in St Ebbe's; the Bossoms were part of a well-known Oxford boating family. Daniel and Emma married in North Hinksey in October 1882 and lived at 13 Bridport Street, St Ebbe's. The couple had six children: Arthur (born 1883/84), Ethel (1885/6), Alice (1887/8), Albert (1890), Frank (1900); and Winifred (1905/06). By 1901 the oldest son Arthur was working as a bookbinder and the oldest daughter Ethel was an embroiderer's apprentice.

In October 1904, when he was 14, Albert became an apprentice at the Oxford University Press (or the Clarendon Press as it was then called) in Jericho, on an initial salary of five shillings a week. Here is his apprenticeship indenture. In 1911 he, his brother Frank and sister Winifred were still living at home, and Albert, now 21, had just finished his seven-year apprenticeship and become a compositor ('Monotype staff, keyboard'). He was a keen sportsman and was in the OUP football and athletics teams.

Albert enlisted in the Oxf & Bucks Light Infantry in September 1914 and served in the 1/4 Battalion in England until March 1915 (service no. 200871). He was then sent to France where, in April 1916, he was appointed a Lance Corporal and promoted to Corporal a month later. In July he was wounded in the foot and face. He returned to England, and served in the 2/4 Battalion until Christmas, before being sent back to France. He saw active service in several places including on the Somme and at Ypres. He was reported missing on 22 August 1917, having been killed during the Third Battle of Ypres when his battalion went 'over the top'. The 2/4 Battalion held the line north-east of St Julien, which is north-east of Ypres, and suffered heavy casualties attacking in the direction of Pond Farm. Albert was 27. His body was never recovered, but he is commemorated on the Wall of Remembrance at the Tyne Cot Memorial in West Vlaanderen, Belgium. Albert's friend from Grandpont Arthur Belcher died two weeks later from wounds probably received in the same action.

By 1917 Albert's family had moved to 122 Marlborough Road, a house occupied earlier in the War by the family of Edward Whiting. In a will written in 1917, Albert had left all his belongings to his mother. His posthumously-awarded medal, the 1914-15 Star, was sent to his parents in 1920.

Albert is remembered on the Oxford University Press war memorial which was unveiled on 5 October 1920. 356 men from the Press served in the First World War and 45 of them died, including Ernest Jago. Ernest's and Albert's names on the memorial are shown here. In this short video the OUP Archivist Dr Martin Maw talks about the Press during World War I.

Albert's younger brother Frank also worked at the University Press, as an apprentice compositor. He too fought in the War, having enlisted in June 1917, but survived. He was in the Duke of Cornwall's Light Infantry (with an interval in the Royal Warwickshire Regiment) and served in England until February 1918. He was then in France for a year, and in India and Mesopotamia for two years before being demobilised in March 1921. He returned and resumed work at the Press, remaining there for the rest of his working life.

The 1914-14 Star awarded posthumously to Albert Margetts in 1920, its packet and the letter to his parents which accompanied it. Reproduced by kind permission of Philip Margetts. (Click on any of the images to close) 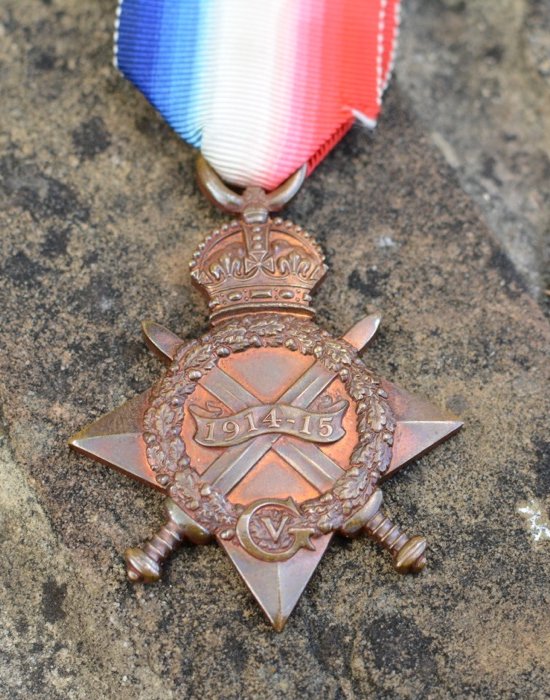 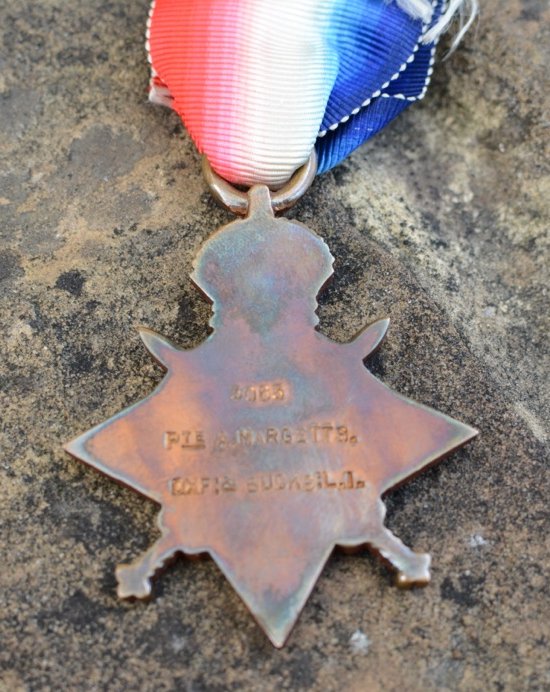 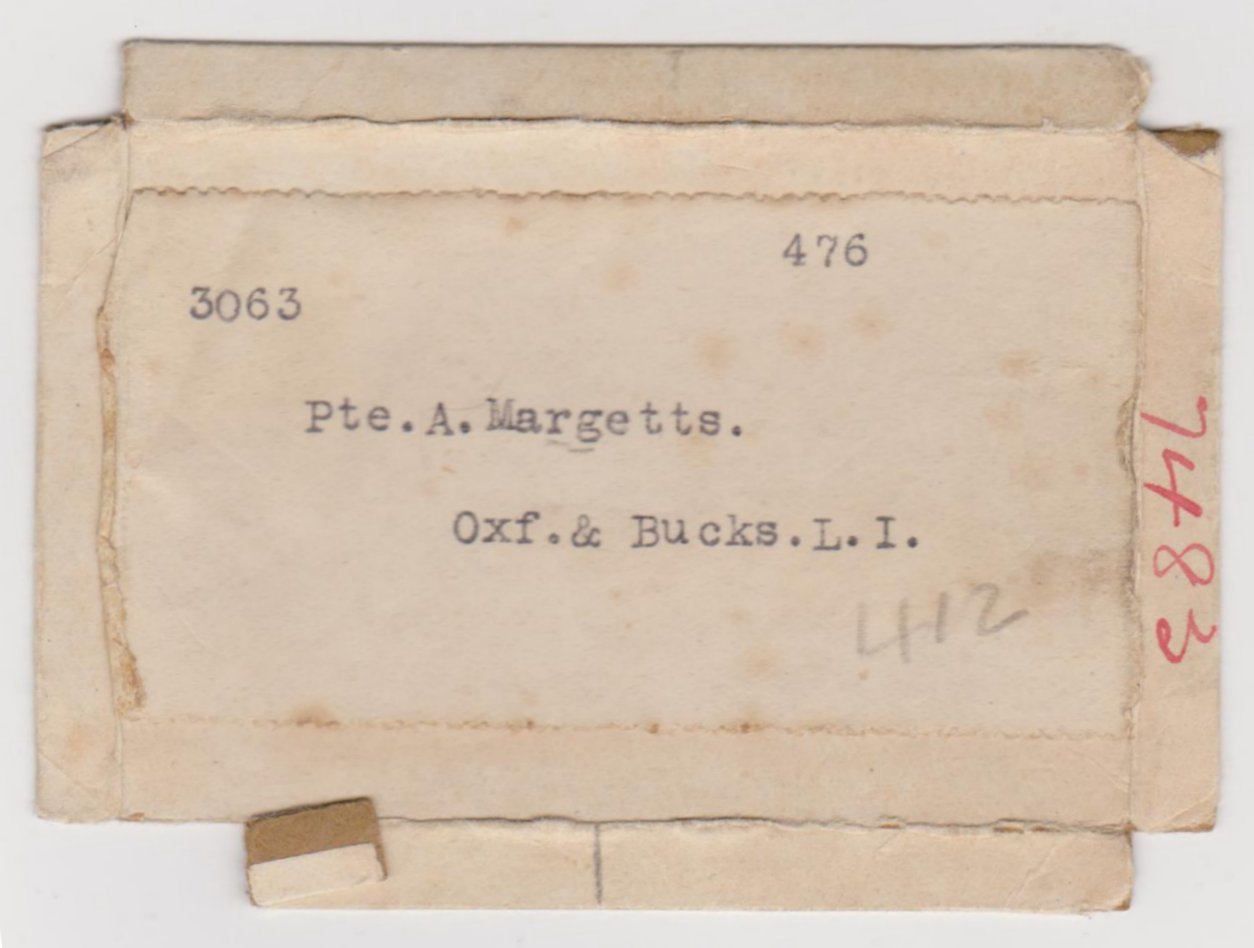 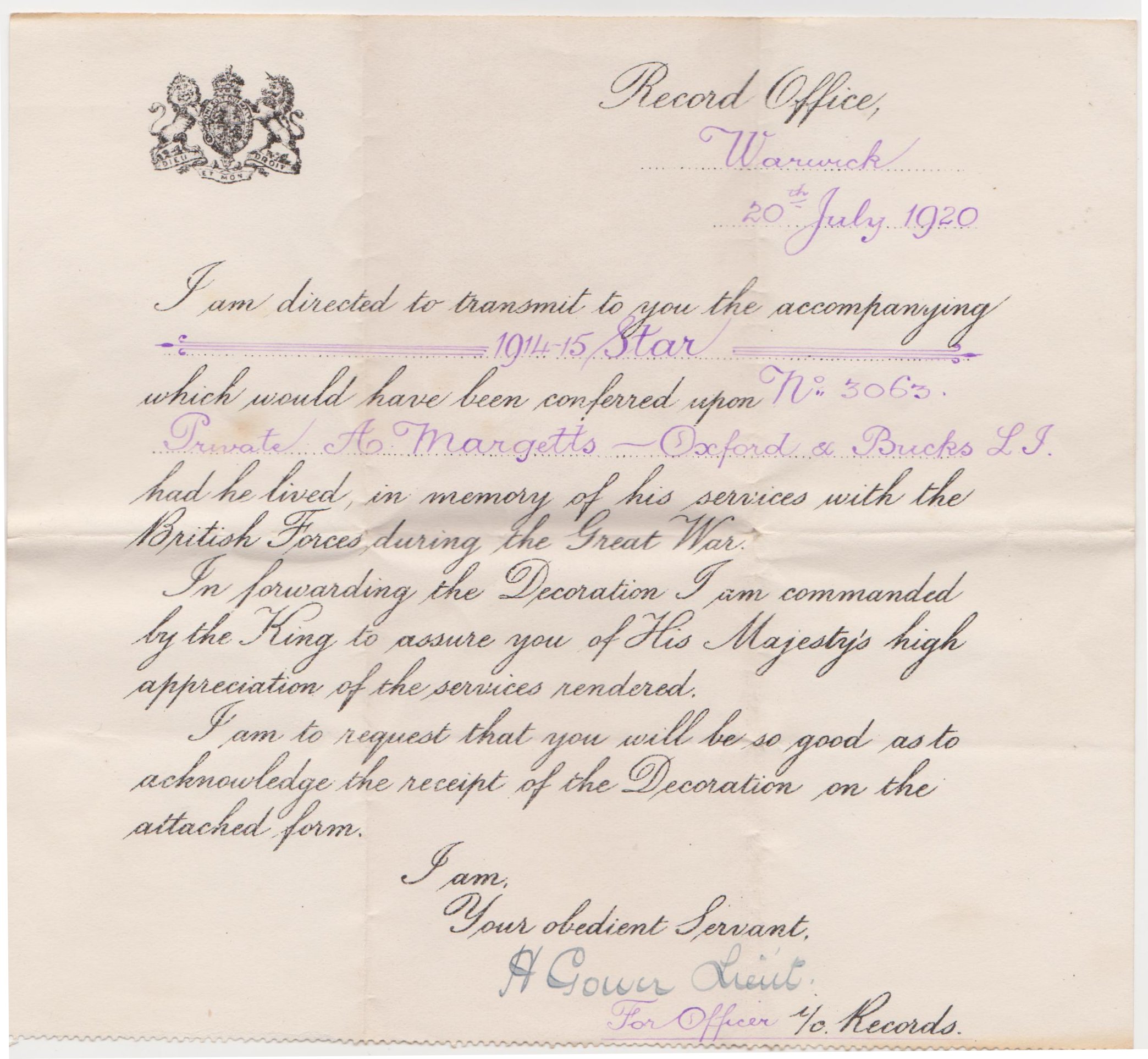