In 1825-7 Folly Bridge was rebuilt at a cost over £19,000. A toll house on the Abingdon Road collected tolls to pay for the building of the new bridge. It was on the eastern side of the road, just north of Eastwyke Farm (i.e. opposite where the Hinksey Park children's play area is now). 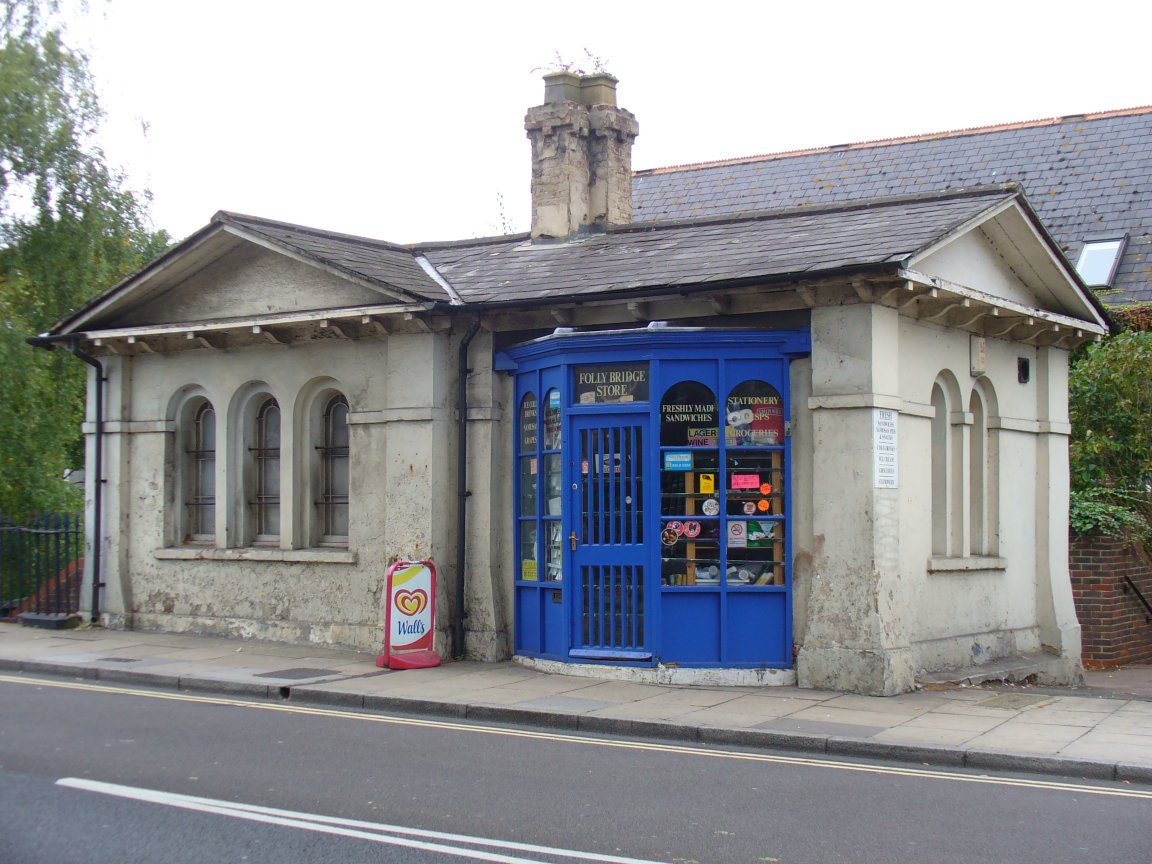 In 1844 a new toll gate was built on Folly Bridge itself, with this toll house beside it, to intercept people travelling to and from the new Great Western Railway station in Grandpont. The toll house was designed by the architect James Gardiner and cost £320 to build. Plans of it (drawn later) can be seen here.

By September 1850 the debt incurred in rebuilding the bridge had been paid off and early one morning the gate was ceremonially fastened back for the last time. The gate disappeared, but the toll house was later used by Harris & Son, the boat builders, as a punt hire office, and by Nelson's Stores, a confectioner and tobacconist. More recently it was occupied by a general shop.

Plans of the toll house on Folly Bridge, from the 'Vellum Book' (Schedule of the property of the city of Oxford), p.231, © Oxfordshire History Centre. (Click image to close)

Map accompanying Daniel Trinder's Award 1844, drawn up to show the proposed route of the Great Western Railway as it approached Oxford, just to the west of the Abingdon Road [east is at the top]. The toll house can be seen on the eastern side of the Abingdon Road (which runs left to right across the top if the image). On the opposite side of the road, land owned by University College is now partly occupied by Hinksey Park children's play area. Image © The Oxfordshire History Centre. (Click image to close)