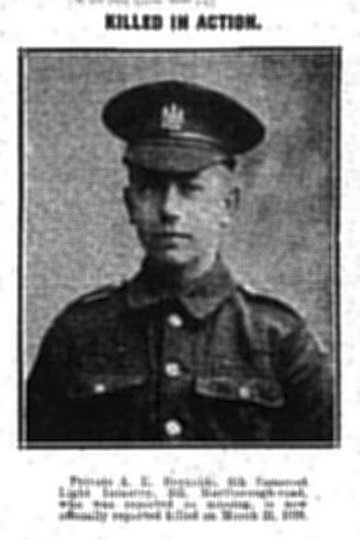 Albert Reynolds was born on 19 November 1898 and was baptised at St Matthew's church the following January. He was the cousin of Leonard Reynolds: Albert's father Ernest was the brother of Leonard's father George.

Albert's father Ernest Albert Reynolds was a cabinet maker, born in late 1867 in Bicester. His mother was Alice Sophia (née Putt), who had been born in late 1865 in Wheatley. The couple married in early 1888 and their first child, Alice, was born in Wheatley a year later. They moved to Grandpont in Oxford and a further six children were born at 242 Marlborough Road: George (born 1890); Dorothy (born September 1895); Albert (1898); Olive (1901/02); Evelyn (1903/4); and another child (probably born between George and Dorothy) who died in infancy. Alice and George also died before reaching adulthood: they were alive in 1901 (aged 12 and 11 respectively), but had died by 1911.

Here is a photograph of Albert as a child, standing outside 242 Marlborough Road with his father Ernest.

Albert enlisted soon after he turned 18 (or possibly even before then, having lied about his age) and became a Private in the 6th (Prince Albert's) Battalion of the Somerset Light Infantry, service no. 29185. Here is a photograph of him in his army uniform. He was sent to the Somme in France. On 21 March 1918 the Germans began to transfer very large forces from the collapsing Eastern Front for their final offensives in the west; this was known as ‘Operation Michael’. The attack, the Battle of St Quentin, fell on Albert’s battalion and he was killed in action on 21 March 1918, aged 19. Reginald Norgrove died in the same battle on the same day, and Frederick Little five days later.

Albert, Frederick and Reginald's bodies were never recovered, but they are all named on the Pozieres Memorial which commemorates over 14,000 casualties of the United Kingdom and 300 of the South African Forces who have no known grave and who died on the Somme from 21 March to 7 August 1918. This is the commemorative certificate sent to Albert's parents after his death.

In October 1917 Albert's older sister Dorothy married Bernard William Townsend, a locomotive fireman from Banbury, at St Matthew's church. Albert's younger sister Evelyn got married in St Matthew's church in January 1925, when she was 21, to Herbert James Cox, a coal merchant, whose father Leonard was a plasterer. They had three children.

Albert's parents remained living at 242 Marlborough Road. Here is a photograph of his mother Alice standing in the doorway of their home on her 58th birthday, in 1923. Albert's father Ernest died in 1940 and Albert's sister Olive and her husband Tom Price moved in to no. 244 next door, so that they could look after her mother. The Reynolds family owned both houses. Alice died in 1949.

Albert Reynolds as a child, standing outside 242 Marlborough Road. His father Ernest is in the doorway; the man with the bicycle is unidentified. Reproduced by kind permission of Sandra Morris. (Click on image to close) 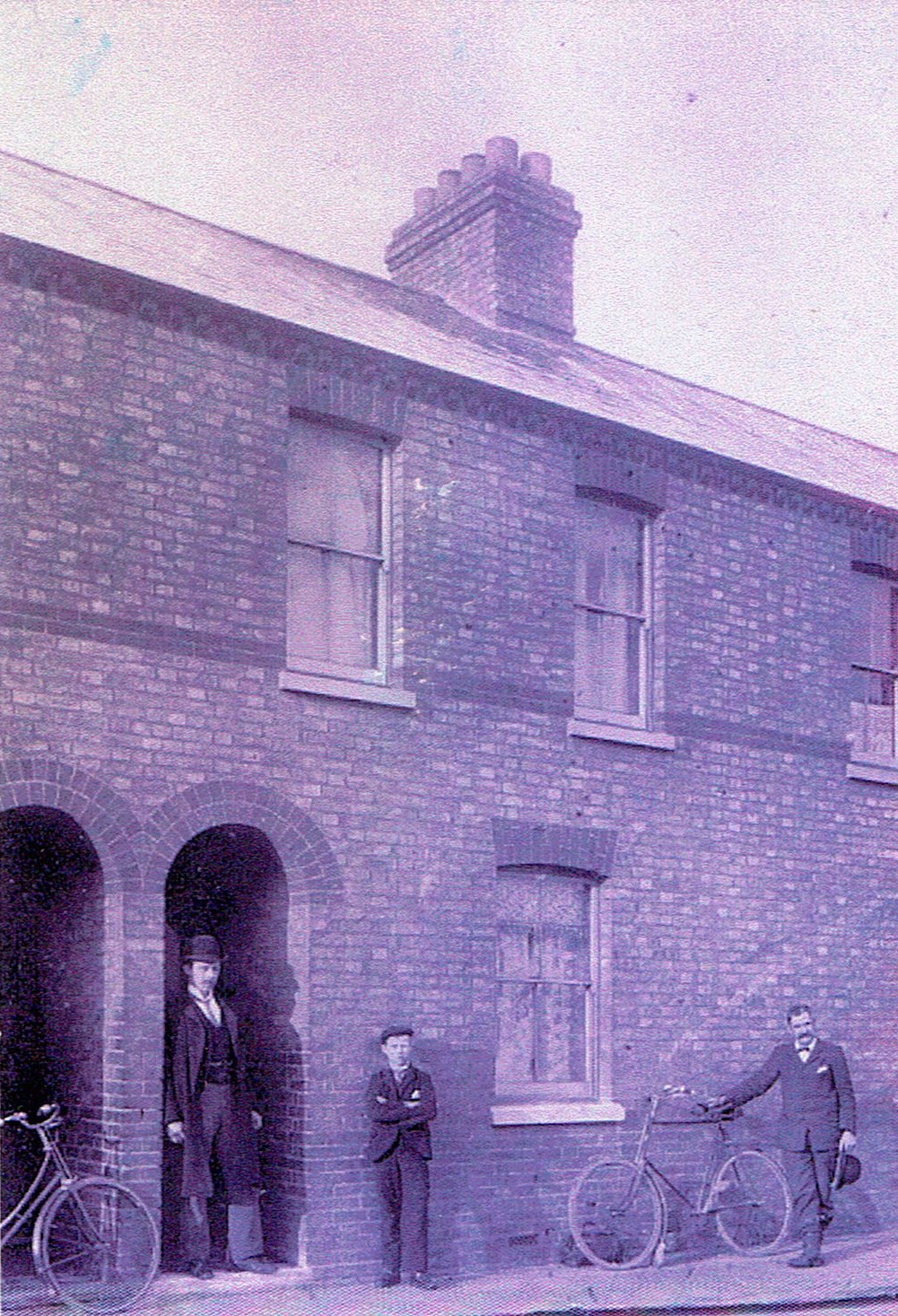