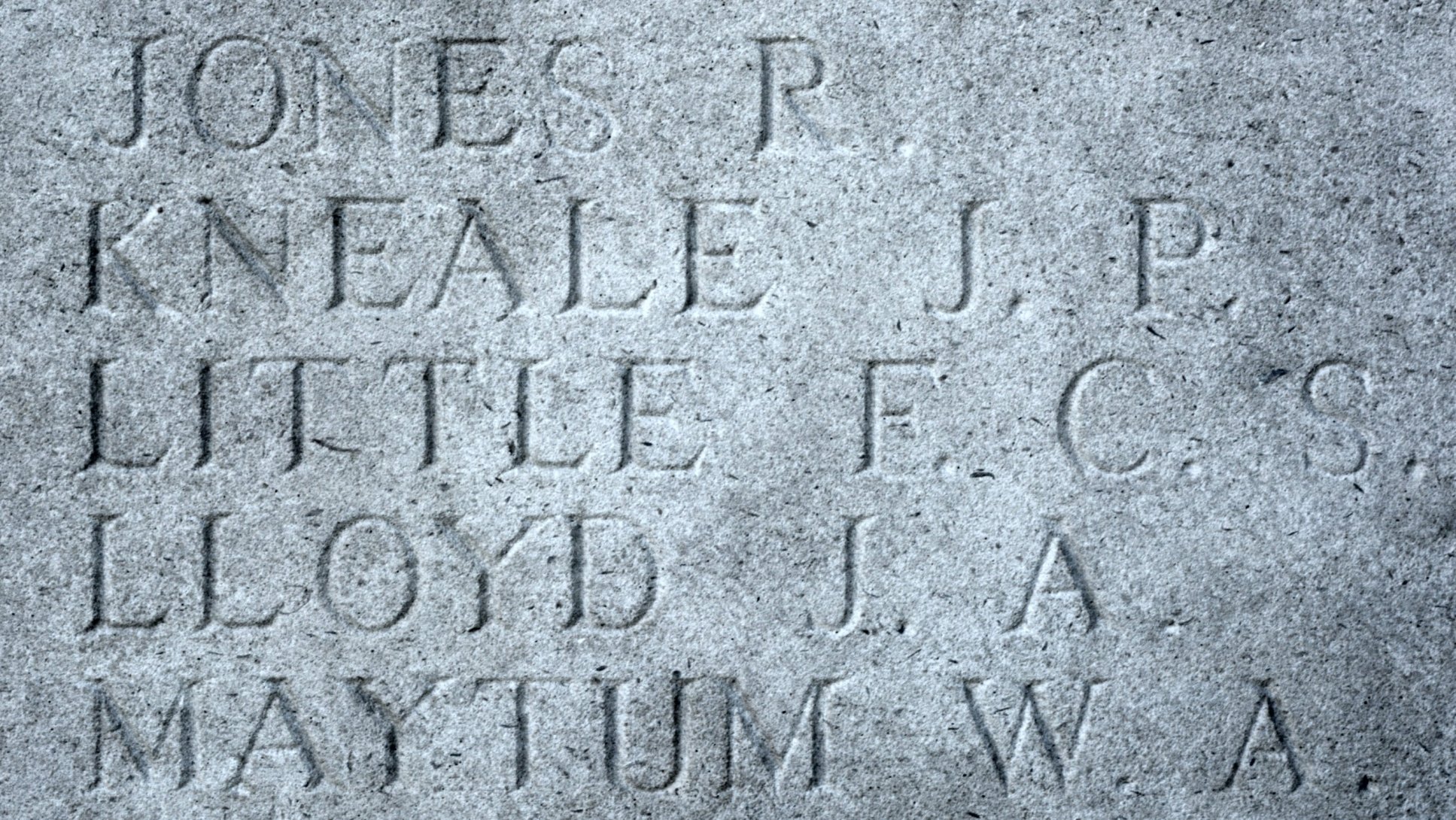 By 1911 the family had moved from St Aldates to 198 Marlborough Road in Grandpont, and Frederick was working as a college servant at Christ Church. He was to be one of more than fifty Christ Church servants who did military service during the First World War. Initially he enlisted with the Queen’s Own Oxfordshire Hussars, but later transferred to the 4th Squadron of the Machine Gun Corps (Cavalry), which had been formed by Royal Warrant on the 14 October 1915 and of which His Majesty King George V was Colonel-in-Chief. Frederick was a Private, service no. 105100.

Frederick and his squadron were sent to fight on the Somme and he was killed on 26 March 1918, aged 27, at the Battle of St Quentin. Beginning on 21 March, the Germans had transferred very large forces from the collapsing Eastern Front for their final offensives in the west; this was known as 'Operation Michael'. The attack fell on the Fifth Army which included 2 Cavalry Division and the 4th Squadron of the Machine Gun Corps, of which Frederick was part. Reginald Norgrove and Albert Reynolds had died in the same battle five days earlier.

Frederick, Reginald and Albert's bodies were never recovered but they are all named on the Pozieres Memorial which commemorates over 14,000 casualties of the United Kingdom and 300 of the South African Forces who have no known grave and who died on the Somme from 21 March to 7 August 1918. Frederick is also commemorated amongst the college servants named on the Christ Church war memorial, which lists all the members of the college and cathedral community who lost their lives in the First and Second World Wars; it is in the entrance to the college chapel (which also serves as Oxford's cathedral).

Frederick, Ernest and Hubert's brother William Francis (born September 1888 and known as Billy) was also a college servant at Christ Church; he started work as a scout's boy in 1904 (when he was 15). In 1911 he married Hilda Tuck, who was the sister of his brother Arthur's wife, Gertrude, and they lived at 35 Marlborough Road, which was Hilda's family home. In 1915 Billy joined the Oxf & Bucks Light Infantry, and went to fight. He survived and returned to work at Christ Church in 1919; he was promoted to scout [a kind of personal assistant to a number of undergraduates] soon afterwards and looked after undergraduates on Staircase 1 in Peckwater Quad. He died in September 1932 aged 43, as a result of atrophy of the liver, probably caused by mustard gas poisoning during the War 16 years earlier. He is buried at Osney Cemetery in West Oxford. His widow Hilda married Charles Day in 1958, but died just two years later, in Coventry.

Billy and Hilda's son Cyril worked with his father as a Christ Church scout, from when he was a boy. He served in the Grenadier Guards in the Second World War before returning to work at the college as butler, and then head butler. His two daughters, Jenny and Liz, were both married in the cathedral at Christ Church. Cyril passed away in 2000 and his funeral was in the cathedral. 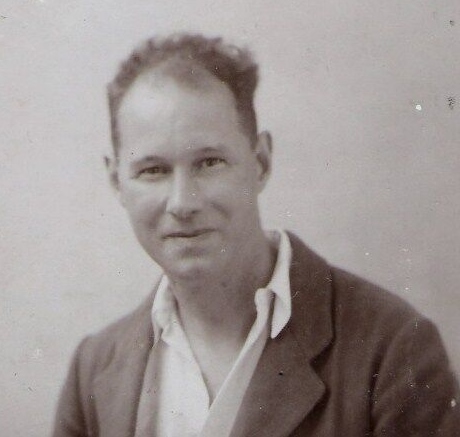 Cyril, nephew of Ernest, Frederick and Hubert Little, and his classmates at St Matthew's Infant School (on the corner of Whitehouse and Marlborough Roads), 1922-23. Image from Carole Newbigging, The Changing Faces of South Oxford and South Hinksey, Book 2 (Click image to close) 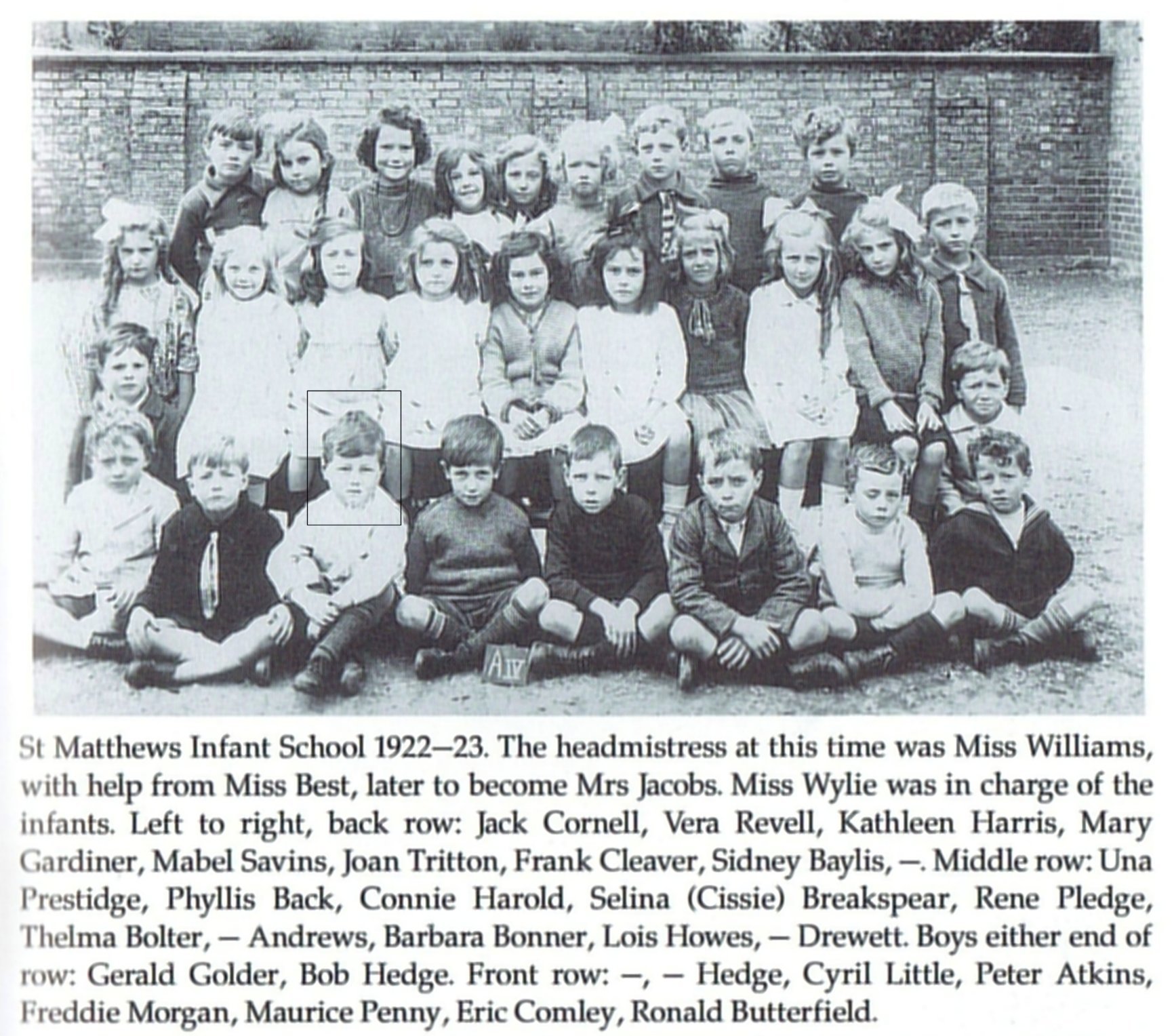