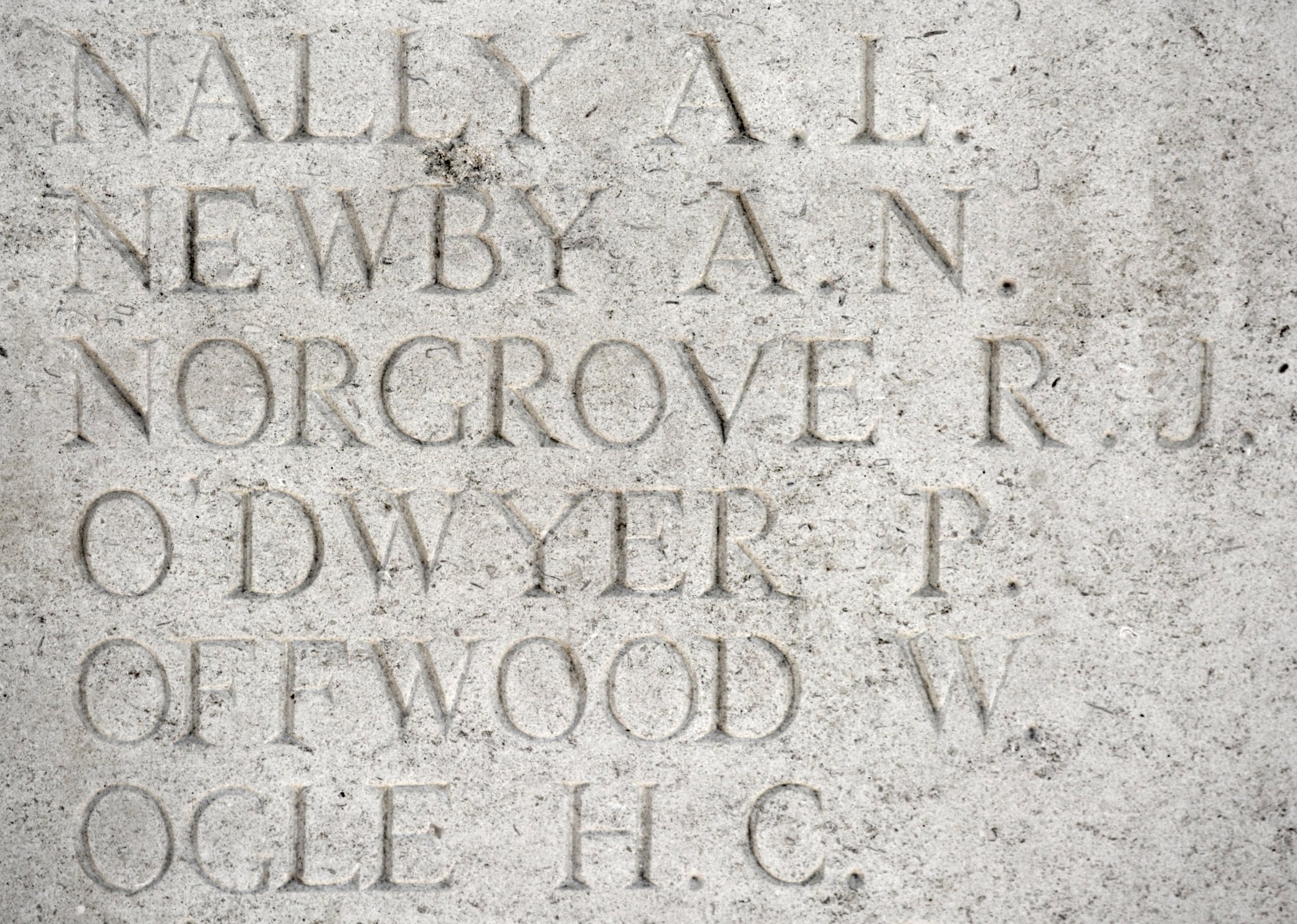 Most of the information below is kindly supplied by Barry Burnham, whose full biography of Reginald Norgrove appears here.

Reginald Norgrove was born on 13 May 1897 at 12 Edith Road, the oldest of three children. His parents were John George Norgrove, a wholesale clothing clerk, born in Blackfriars Road in St Ebbe's in 1864, and Helena Fletcher (née Telling), also born in St Ebbe's, in 1863. John and Helena married at Holy Trinity church on Blackfriars Road in August 1895 and moved south across the river to live at 12 Edith Road in Grandpont. Here they had three children: Reginald (born 1897), Doris (born April 1900) and Francis (known as Frank, born December 1902).

Reginald's younger brother and sister were baptised at St Matthew's church but he was baptised at Holy Trinity and as he grew up he became very involved with the church, singing in the choir, taking part in the youth club and other activities, and later becoming a Sunday school teacher. Because of this Reginald is commemorated on the Holy Trinity war memorial as well as on St Matthew's.

In April 1911 Reginald and his family were living at 12 Edith Road and his father John had become a wholesale clothier's warehouseman. Reginald, Doris and Frank (aged 13, 11 and 8 respectively) were still at school. In the summer of 1911 their father died, aged only 47.

Reginald turned 18 in May 1915 and enlisted in Oxford at some point after that. He became a Private with the 7th Battalion of the King's Royal Rifle Corps, service no. 24058. He died of wounds on 21 March 1918, aged 20, at the Battle of St Quentin on the Somme in France. On that day the Germans began to transfer very large forces from the collapsing Eastern Front for their final offensives in the west, known as ‘Operation Michael’. The attack fell on the Fifth Army which included 14th Division and Reginald's battalion, the 7th King's Royal Rifle Corps, which was in the front line near Benay. Albert Reynolds died in the same battle on the same day, and Frederick Little five days later.

Reginald, Albert and Frederick's bodies were never recovered but they are all named on the Pozieres Memorial which commemorates over 14,000 casualties of the United Kingdom and 300 of the South African Forces who died on the Somme from 21 March to 7 August 1918 and who have no known grave.

Reginald was particular friends with Horace Tallett and George Tyrrell. For many years, until the mid 1960s, this notice appeared annually in The Oxford Times, placed there by Reginald's sister Doris and brother Frank, and by Richard (or Dick) Tyrrell, the brother of George, whom Doris married in later life.