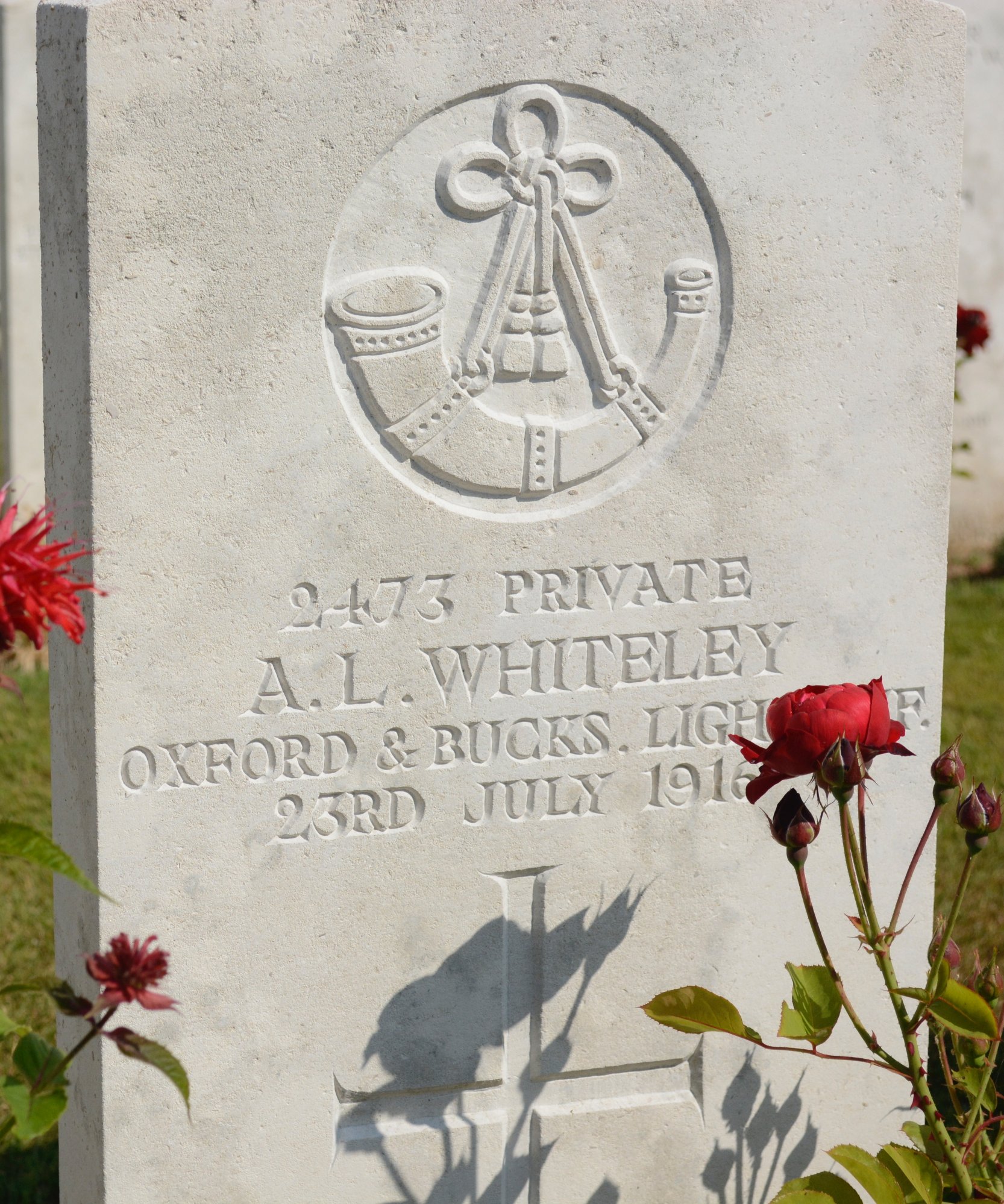 Arthur Whiteley was born in 1877 in Great Horton near Bradford in Yorkshire. In 1891, when he was 14, he started work for the Post Office. A year later he joined the Midland Railway as an assistant porter at Ashwell Station on a wage of 6 shillings a week. He was 4'9" tall. By June 1899 Arthur was working as a summer parcels clerk at Wolverhampton station, his wages having increased to £55 a year. In 1900 he was an inwards parcel clerk and in 1901 a parcels clerk, earning £65 a year.

In late 1900, when he was 22, Arthur married Amy Clara Hall, who was 31 and from Birmingham. Their wedding was in King's Norton (now part of Birmingham). The couple moved to 115 Stoney Lane, Balsall Heath, Birmingham, and in 1901 they had living with them Mary Hall, a widow aged 76 (probably Amy's mother) and Eliza Hall, aged 40 and single (probably Amy's older sister). Arthur was by now working as a commercial clerk, seemingly still for the railway company. He resigned in June 1902.

Arthur and Amy moved to London and there they had a daughter, Elsie Winifred Mary, who was born in 1904/05 at 78 Fernhead Road, Paddington (what we would now call Maida Vale). Soon after, they moved to the Isle of Wight and a son, Lawrence Cyril, was born in 1906/07 at 75 Rye Street, Newport. In 1911 the family were living at 7 Carisbrooke Road in Newport and Arthur was working as a railway clerk and laundry agent. Amy was helping him with the laundry agency business, and the two children were at school.

Arthur enlisted and became a Private with the 1/4 Battalion of the Oxf & Bucks Light Infantry, service no. 2473. The battalion was sent to the Somme and Arthur was killed on 23 July 1916, aged 38, at the Battle of Pozieres. Richard Cherrill, William Ingram, Percy Palmer and Harry Saunders were all killed in the same battle on the same day. Pozieres was a village in the German second line and was only captured after an epic struggle on 23 July by a joint British-Australian assault. The battle around the village and beyond continued for many weeks afterwards. Arthur was buried at Pozieres British Cemetery, Ovillers La Boiselle.

It's not clear when (or indeed if) Arthur and Amy had moved to Oxford, nor why he is named on the St Matthew's war memorial (though he did serve with the Oxf & Bucks Light Infantry). There are no families with the name Whiteley in the Grandpont area in the electoral register, nor in street directories, between 1910 and 1918, so perhaps they were lodging in someone else's house.

Arthur and Amy's son Lawrence died in 1963, aged 56, on the Isle of Wight. Their daughter Elsie died in 2001 in Bromsgrove, Worcestershire, when she was 97.