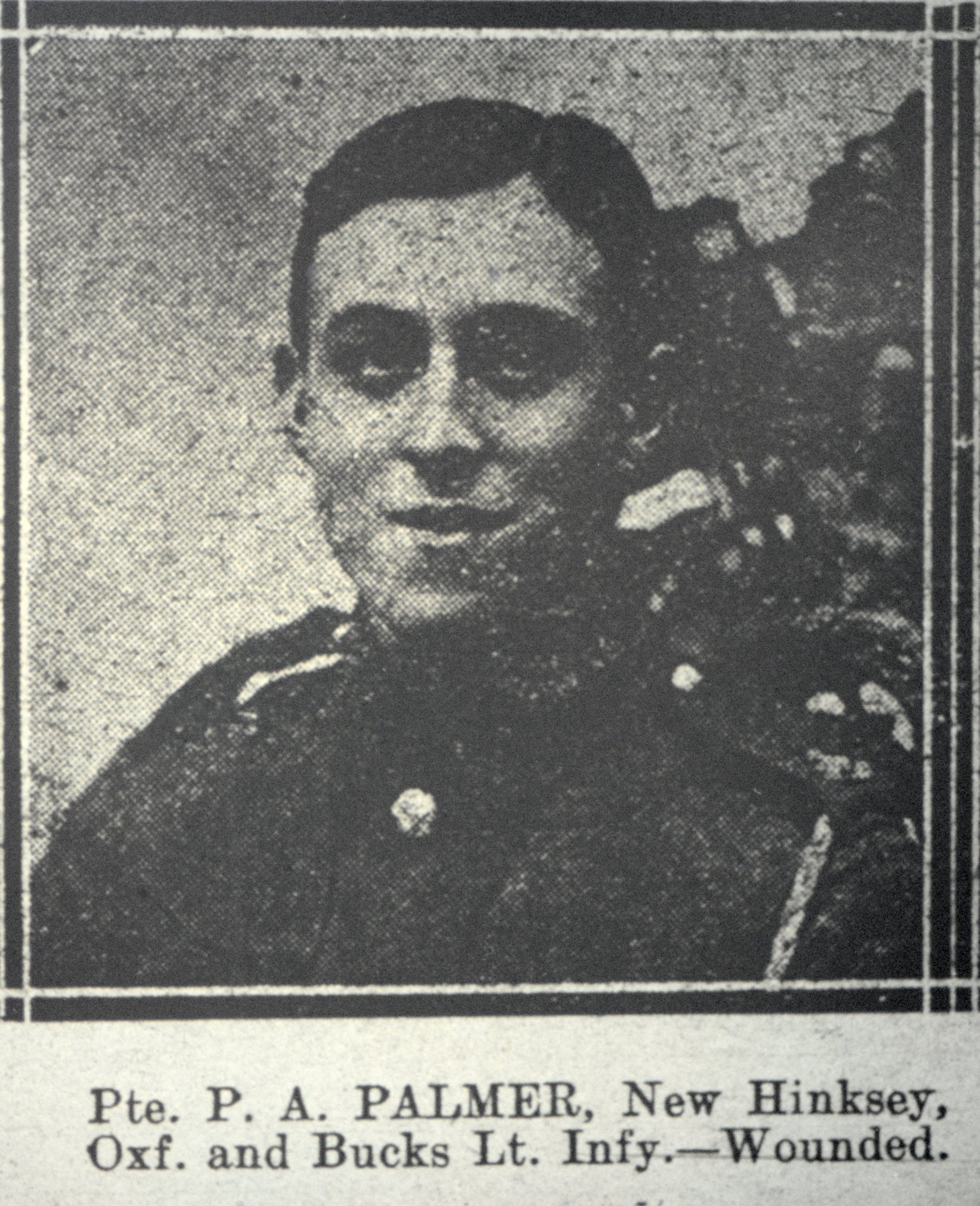 Image from the Oxford Journal Illustrated, 20 September 1916, p.7. It says that Pte Palmer was 'Wounded' when in fact he had been killed.

Percy Palmer was born in Oxford in early 1896, the elder son of Walter and Ada Palmer. His father had been born in Kennington in 1862/3 and was a boat carman with Salter's Steamers, the boat-building and hire firm based at Folly Bridge. He had previously worked as a blacksmith. Ada had been born in Oakley, 14 miles north-east of Oxford, in 1870/71. The couple married in 1894/95 and lived at 192 Abingdon Road before moving to a newly-built house, 17 Sunningwell Road, in 1907.

Before the War Percy worked as a messenger for the fever hospital at Cold Harbour, at the southern end of the Abingdon Road. He was a keen footballer and played for the Oxford Boys XI and later the Oxford Wanderers Football Club. He had a brother, Cyril Bernard, who was a year younger than him and who worked as a picture framer's assistant. Both brothers joined the army; Percy enlisted as a Private with the 1/4 Battalion of the Oxf & Bucks Light Infantry (service no. 200290) and Cyril with the Mechanical Transport Company of the Army Service Corps (service no. 279922).

Percy's battalion was sent to the Somme and he was killed in action on 23 July 1916, aged 21, at the Battle of Pozieres. Richard Cherrill, William Ingram, Harry Saunders and Arthur Whiteley were all killed in the same battle on the same day. Pozieres was a village in the German second line and was captured only after an epic struggle on 23 July by a joint British-Australian assault. The fighting around the village and beyond continued for many weeks afterwards.

Percy's body was never recovered but he is commemorated on the Thiepval Memorial. This is the memorial to the Missing of the Somme, which bears the names of more than 72,000 officers and men of the United Kingdom and South African forces who died in the Somme sector and have no known grave. Percy is also named on the World War I memorial in the church of St John the Evangelist, New Hinksey.